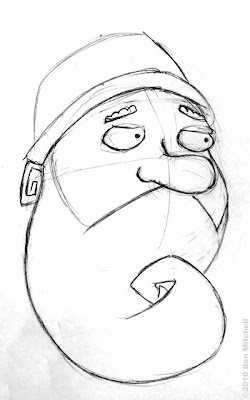 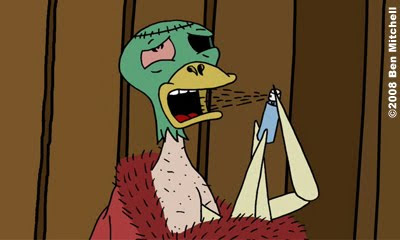 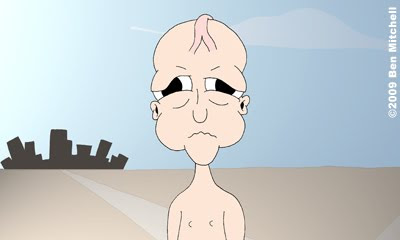 My second short, last year's "Ground Running" was "House Guest"'s opposite in the sense of it's absence of dialogue, instead relying on fully-animated sight gags and body language alone to convey the story.
With "The Naughty List" I want to apply this level of acting detail to a conversational scenario. I'm keeping it short (around three minutes) so I can really take my time with it. Just looking at the line tests I'm feeling pretty encouraged, the lip sync and mouth shapes will be a vital contributor to the acting but in the meantime the body movements alone seem to be going quite well with the dialogue. Here's the same segment I posted as a storyboard animatic last week in pencil-test form:
Hopefully next week I'll be able to start the cleanup. The one coloured shot of the Elf in the footage above should give an idea of how the film will look overall. Gives me a good feeling...
Posted by Struwwelpeter at 04:43

Thanks. Although the compression on the vid makes it pretty hard to tell :/