As March wraps its sweet little self up I'm happy to be able to bring you folks up to speed with what awaits paddling troublemaker Klementhro this coming April.

This Friday (the 1st) he'll begin his involvement in the first of two touring film programs that will be playing throughout Switzerland. The first - Kurzfilmnacht Schweiz - will be focusing on Swiss-German speaking cities, with its first screenings taking place in Zürich at two venues, the Arthouse Le Paris at 8:30pm and the Arthouse Uto at 9pm. Klementhro will be part of the Happy Aging program, more info for which can be found by clicking here.

Later on in the month I'm happy to say the film will be playing at the Skepto International Film Festival, an event I'm well-acquainted with as it has screened both Ground Running and The Naughty List in the past. It's in some excellent company this time around, screening alongside such terrific filmmakers as Simon Cartwright, Job, Joris and Marieke, Konstantin Bronzit and Réka Bucsi. Klementhro will play as part of the Skeptyricon (Satire, Grotesque and Beyond) screening and the festival itself will run from April 13th to 16th in Cagliari, Italy. More specifics to follow, but in the meantime you can check out the festival website here.
Posted by Struwwelpeter at 10:58 No comments:

Hi there, faithful readers. I hope you're having yourselves a long Good Friday. I've personally spent the last week and a bit hacking my lungs out through my eyeholes, as evidence by my Lemsip-soaked mumblings and grumblings in the latest Skwigly Podcast which went up this week.
It's not all grousing and spluttering, however, as the interview segment is from a couple weeks back when I still had my voice and was privileged to meet the fantastic directorial duo Charlie Kaufman (he who penned such fantastic films as Being John Malkovich, Adaptation and Eternal Sunshine of the Spotless Mind) and Starburns Industries' ace Duke Johnson, discussing their phenomenal independent stop-mo feature Anomalisa. The film is still out in select UK cinemas and I can't recommend it enough. Give it a stream below or a download here.
Posted by Struwwelpeter at 09:37 No comments: 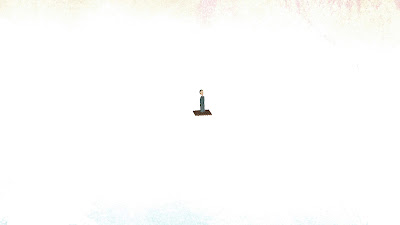 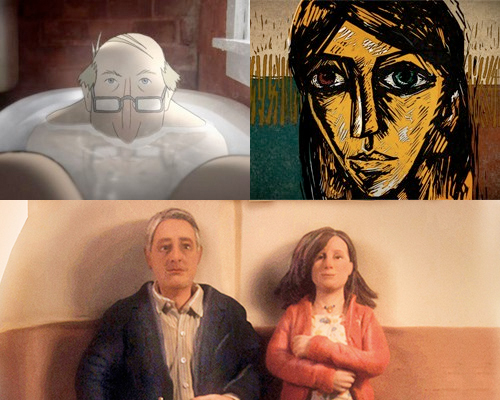 I'm also incredibly happy to have interviewed Being John Malkovich and Eternal Sunshine of the Spotless Mind writer Charlie Kaufman on his first animated feature Anomalisa, a truly atypical stop-motion film that comes out this weekend in the UK. It may not be for everyone but it's such a breath of fresh air midst all the generica doing the rounds. Also interviewed is co-director Duke Johnson, whose acclaimed credits include Community and Mary Shelley's Frankenhole. The film is out tomorrow throughout the UK, I highly recommend you check out the listings to see if it's playing near you.
That's all for now. Hopefully see you again before another month goes by...
Posted by Struwwelpeter at 09:42 No comments: