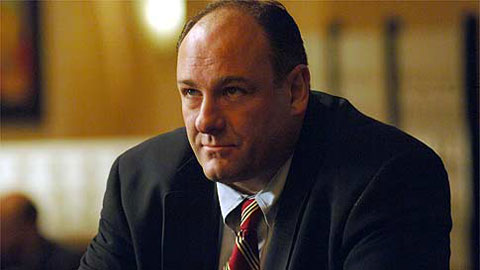 First off, respect where it's due. RIP Mr. James Gandolfini. I've been in the midst of a massive Sopranos DVD rewatch, boring everyone with how amazingly it still holds up, and truth be told I'm a little shellshocked with this whole business. I'm not an actor but his performances taught me a lot about the power of how to carry oneself, that it's possible to be suave and overweight at the same time; What little game I had in secondary school I owe to my blatant imitations of his onscreen persona. Not only that, he was fucking hilarious. To pick one Sopranos scene that epitomised what he brought to the table would frankly be daft, so instead here's a clip from my favourite of his feature roles opposite Peter Capaldi in Armando Ianucci's In The Loop:
In the spirit of sentiments voiced during the show's multitudinous funeral scenes: "Waddayagonnado?"
On the HuHa! front, here are some sketches for a quick skit that I managed to crowbar in before I left for Annecy: 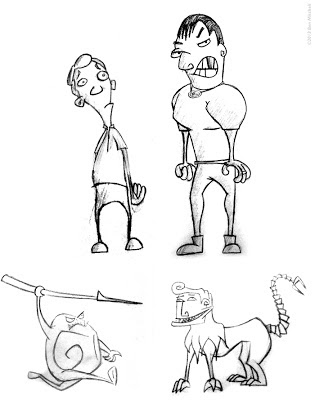 There really was hardly any time to knock this one out, so the animation's possibly even more limited than usual. That being said, the script gave me a chance to have some fun with the designs and I'm pretty happy with the end result. The only thing I'd maybe have done differently had there been time would be making the 'imagination' backgrounds a little more crazy/detailed.
The full Wobble Box episode it's featured in (second-to-last skit, around 3'35" in) went up this afternoon. Overall I'd say it's one of my favourites:

Posted by Struwwelpeter at 23:15