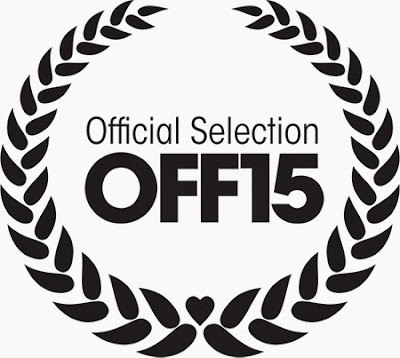 It's been quite a while since my last film festival inclusion, but I've gotten word that my newest film will be screened (possibly premiered) at the Odense International Film Festival in Denmark. I always liked them Denmarkivians - a solid bunch, the lot of them! Worth noting that the film being screened is not the infrequently-mentioned Bullies, which is still mired in its distribution limbo, but another short entirely - a secret, mystery short, if you will, for I am so appealingly secretive and mysterious. At any rate it's good news, especially as I'd been feeling somewhat...without a paddle, I daresay.
On a completely unrelated subject, check out the latest animated Skwigly banner from notorious ghost'n'rock enthusiast Sue Dunham:

Keep your eyes on the site next month as June's banner is gonna be a corker. In the meantime swing by to check out the latest episode of Lightbox, in which I meet Greg McLeod, the visual half of BAFTA-winning sibling team The Brothers McLeod whose work includes Codswallop, 365, Isle of Spagg, Phone Home and the upcoming animated travelogue Marfa:

Posted by Struwwelpeter at 12:06