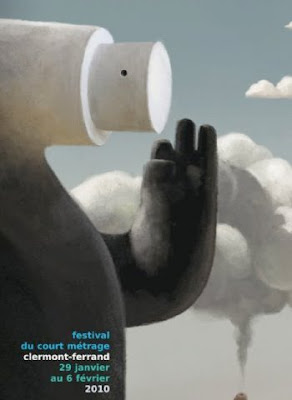 "House Guest" has been selected for the 2010 edition of the Clermont Ferrand International Short Film Festival & Market as part of their panorama screening 'Zombies, Vampires & Other Living Dead Creatures'. I'd say that's pretty apt.
Interestingly, I submitted the film for the 2009 edition and, while it was featured in the short film market, it wasn't selected for the festival itself. Kind of encouraging that the new niche category gave them an excuse to dust it off and include it in the 2010 edition instead. I'd just assumed the submissions go into the archives and are never seen again.
The festival runs from 29th January to 6th February, and a full list of festival delights is viewable here. As always I'll put up when exactly the screening will happen once I know. In the meantime you can check them out on that glorious celebration of social one-upmanship, Facebook.
Posted by Struwwelpeter at 07:18