Alright then, what next? 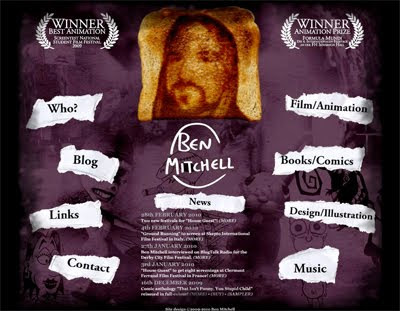 The endless ocean of mediocrity that is the internet has been added to by yet another self-described 'creative': the cuddly, strokable, sweet-smelling rapscallion that is me. Massive pulsating yayness!
Intents and purposes, my new site is as done as it can be for now, save for some teensy-weensy kinks that need to be ironed out. These mainly concern links to external sites and video content which will be uploaded and amended shortly. In general though, the functionality of the site seems to be on track. For now I've opted to go without sound but I may throw some little bits in here and there at a later date.
While this blog is still probably going to remain the most reliable and candid news source, I feel the two sites work well alongside one another. Also, there's a bunch of extra info on stuff I did pre-'House Guest' that I rarely - if ever - bring up here.
Go visit me already!
Posted by Struwwelpeter at 07:59