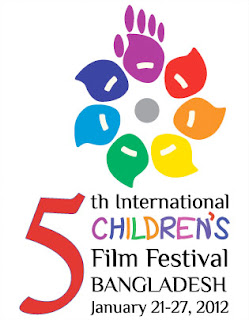 While I've pretty much retired the film from festival circulation at this point, "The Naughty List" still gets the odd request from time to time and I'm happy to say it will get its first 2012 showing later on in the month. The 5th International Children's Film Festival Bangladesh will take place from the 21st to the 27th, as ever I'll put up my screening time and venue here when I find out.
On the non-me front, my first Skwigly feature of the year is an interview with fellow Bristolian and indiemator Sam Morrison, who's probably best known for the short "Rocket Science" which was pretty heavily circulated a few years back. His latest film "Greetings" got one of the best responses at this past Encounters Festival (for the fairly obvious reason that it's very goshdern funny) and is worth checking out along with his other work at his website. You can give the interview a read here:

A Conversation With Sam Morrison 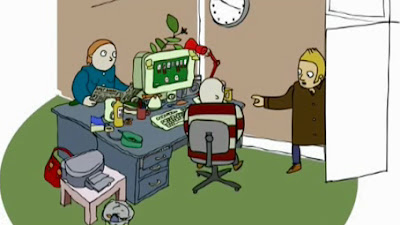 Aside from him being an all-around nice chap, a perk of putting together the feature was being probably the first person in existence to type "Aardman erectile dysfunction" into Google for research purposes. That's my story and I'm sticking to it.
Posted by Struwwelpeter at 17:48