Not about me for a change. Just kidding, I totally make it about me... 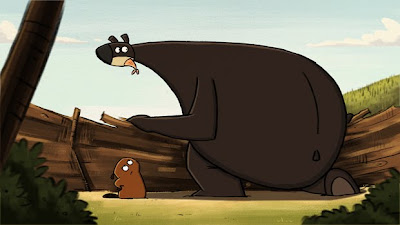 This month's main Skwigly feature is now online, so why not give it a gander? It's a double interview with two of last year (a particular strong crop)'s NFTS grads Richard Phelan and Francesca Adams. Their films have the shared traits of being traditionally animated and having all-animal ensemble casts, though in every other respect they couldn't be further apart. 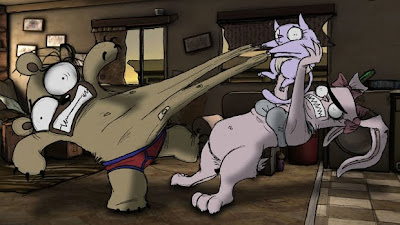 Phelan's "Damned" is a sweet-natured tale of a beaver with ambition whose grandiose plan to convert the forest into a giant dam goes awry, while Adams's "Bertie Crisp" is a brutally adult story of an emasculated bear whose vicious wife send him to steal the baby of their neighbour (who's already burdened with a quadriplegic, possibly vegetative husband). In their own vastly different ways they're both pissingly funny and are two of the more standout student films doing the rounds this year, so I was really glad to get a chance to chat to both filmmakers.

Animal Instinct - A Conversation with Richard Phelan and Francesca Adams 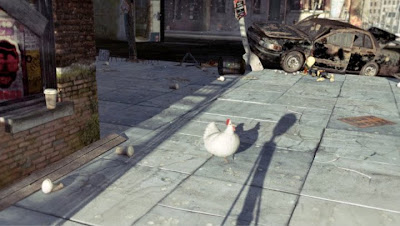 "A Morning Stroll" (Dir. Grant Orchard, ©2011 Studio AKA)
On that note it was fantastic to hear that Grant Orchard, who I'd interviewed last year, won the Short Animation BAFTA last night with "A Morning Stroll", which has been doing brilliantly and is also up for an Oscar. It really is a great piece of work and most inspiring of all is how it came together without funding, pretty much as a labour of love the studio crew contributed to in their spare time over a two year period. So mazel tov again to Studio AKA and kudos to their modus operandi!
If it's of interest you can read my interview with Grant here (I'm a coattail rider, I admit it unabashedly, but it's a darn fun ride) for some backstory on the film and his prior work to date.

A Conversation with Grant Orchard
Posted by Struwwelpeter at 10:13