"You don't feel it after awhile; You take the beating." 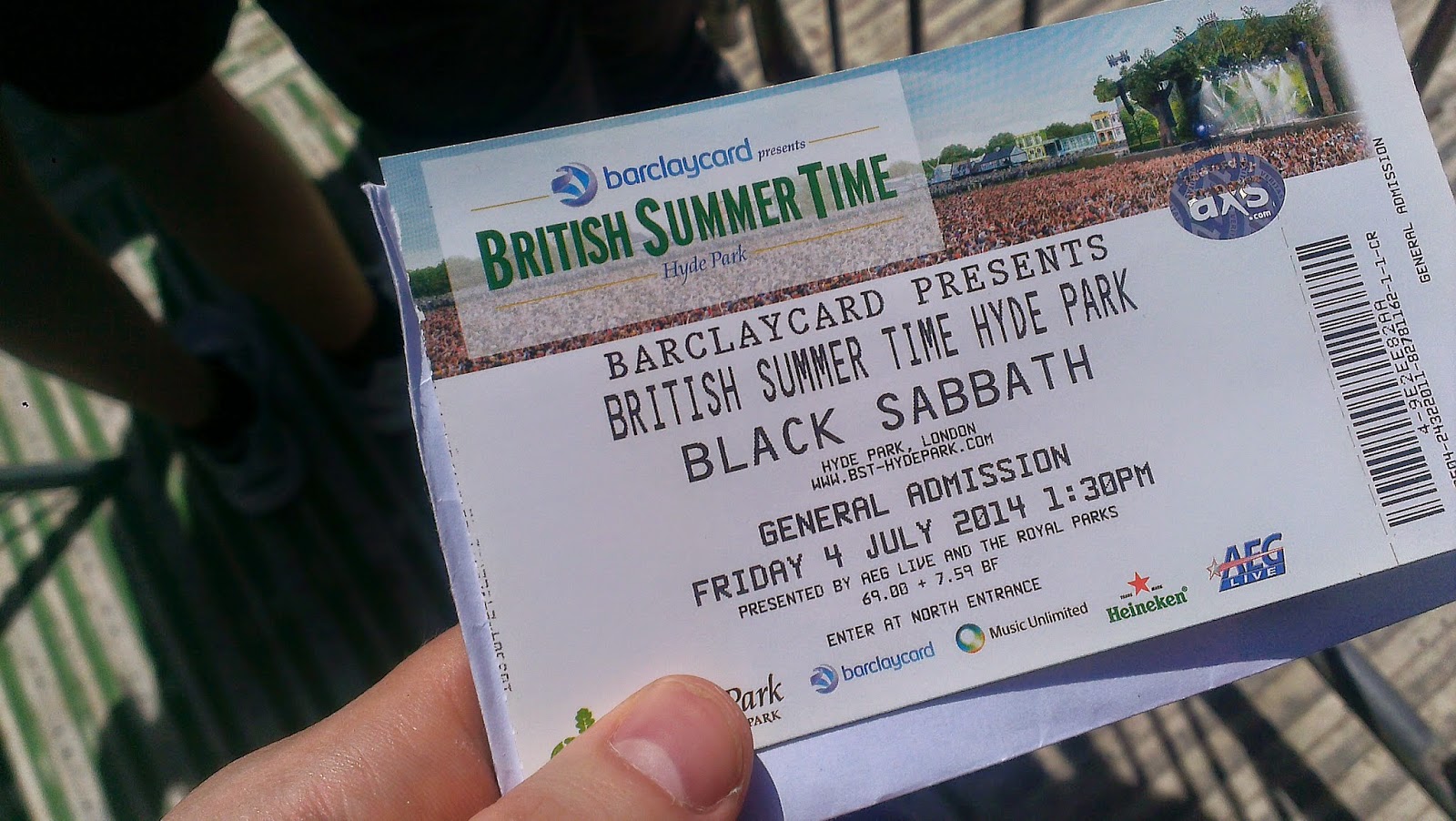 Holy effing moly, did I take a beating on Friday. While I'd planned to watch all the BST acts from afar, my overzealous enthusiasm in the moment planted me pretty much bang in the middle of the mosh pit for the first five hours. So the main thing I've taken away from the experience is: Yep, I am too old for that shiz (also for using words like 'shiz', but let's stay focused). True, it did take me back to them halcyon days of going apeshit at the Astoria and Mean Fiddler, but that was when I was young and foolish and didn't carry valuables; Nowadays nothing puts the fear into an old prick like me than the possibility of a mildly-scratched HTC display. Cold sweats just thinking about it. Brrr.
As for the day itself, bruises aside it ruled. Lemmy and his bulge were on fine form, Ozzy and the rest of Sabbath absolutely killed it, Soundgarden were nice enough to play all of Superunknown and Soulfly...um...were there also.

But Faith No More were obviously who I came for above all else, and they were utterly goddamn blistering. Of the four shows I've now seen them do, it could very well be the tightest, it's just a shame that as openers they only got an hour slot. The setlist kept to mainly tried-and-tested live classics, the only song I'd not previously seen performed being the unexpected deep track Zombie Eaters which they opened with. Also peppered throughout were all-time personal favourites Midlife Crisis, Caffeine, Everything's Ruined, We Care A Lot, The Gentle Art of Making Enemies and King For A Day. Oh, and there were the new songs they threw in near the end. The first new songs written in years, which they debuted for what I can only assume was my benefit. No biggie, whatevs. Jeez, chillax, yo.
In truth I think I experienced what women in the olden days referred to as 'the vapours'.
Being the quintet of mischievous cockteases they're known to be, there've been no subsequent updates as to what this indicates, but predictably I've been obsessing over the new material, this one in particular:
Whether or not it's a work in progress, I love it. It brings to mind moments of Perfect Crime, What A Day, Digging The Grave, even the pre-Patton days of Introduce Yourself. I am over the freakin' moon. Along with the mysterious song Matador, which debuted in 2011, this now makes for three new songs in five years of being back together. Another couple years and we might have ourselves an EP, people!
Now to not move for several weeks while my bones knit. In the meantime I'll leave you with some Faith No Moreoke:
Post by Ben Mitchell - Creative Offal.
Posted by Struwwelpeter at 08:44