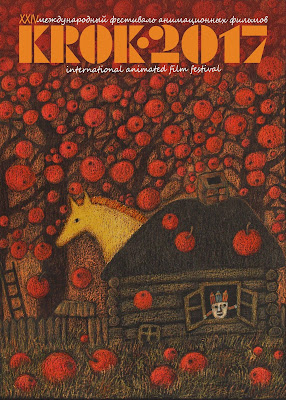 Our seafarin' scamp Klementhro still has a few festivals left on his journey it seems. Rather fittingly this September the film will be included in the KROK International Animated Films Festival that takes place on a Russian river cruiser. From September 13th through to the 21st the festival will be making its way through Moscow, Uglich, Goritsy, Petrozavodsk, Mandrogi, Valaam Island and Saint Petersburg. I already have a fondness for this festival as back in 2011 they included The Naughty List and it's always a nice feeling to have new work presented at a familiar event. If you happen to be in that nook of the world it looks like a rather fun way to spend a week so check out their Facebook page for more info as it comes.
Posted by Struwwelpeter at 07:57