Anyone in Bangkok next week? 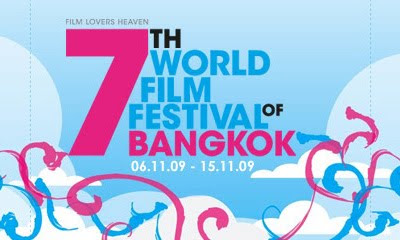 Following up on a prior post with some specifics on 'House Guest' being included in the 7th World Film Festival of Bangkok this month, an event I'm sure will render even the most elaborate ping-pong show redundant. The film will be part of the Anima-Shorts section which screens at 7pm on the Thursday 12th and again at 4pm on Saturday 14th. The screenings also include my friend Sara Barbas's film "Wherever You Go There You Are" which makes them double-plus good, so buy that ticket to Thailand and get your ass over there.
The festival takes place at the Paragon Complex in Pathumwan. A wealth of other info is available through the festival's Twitter, Facebook page, YouTube channel and blog. They got it covered, yo.
I really have to stop ending my sentences with the word 'yo'. Whenever I try to be hip and ironic it just hammers home what an aged, out-of-touch tool I'm becoming.
Posted by Struwwelpeter at 10:39