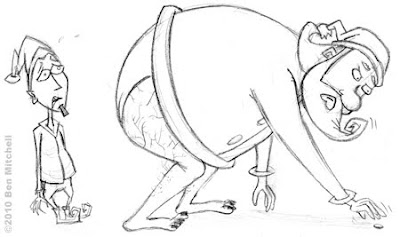 I recently tweaked some issues with last summer's book release "Brain Spillage". Mainly just to fix the layout and alignment on some pages, but I also took the opportunity to create a downloadable preview sampler to give the world a taste before they commit (not that they'd ever regret purchasing such a marvellous tome, sight unseen).

My bibliography to date, minus a couple of pending reissues.
These samplers are something I've done with all my books, though I don't think I've brought them up on this blog before, except for last xmas when I announced the reissue of "That Isn't Funny, You Stupid Child". So, if you're in a literary mood have a glimpse at:
"The Best of 'Mitchells In England' Volume 1: 1994-1995"
"That Isn't Funny, You Stupid Child"
"House Guest: The Graphic Novel"
"Brain Spillage: Excerpts from the Sketchbooks of Ben Mitchell"

Changing the subject, I've been informed that "The Naughty List" will get an additional screening at Bang! on on the 28th, as part of the Bangimation segment. Double your festive pleasure, although hopefully it won't annoy people who go to the main event afterward and have to watch it twice. I was asked to record an intro for the festival which I tried to make succinct and of course ended up a stutterin', mutterin', ramblin' fool. I've given them carte blanche to edit it at will but here's the seemingly unending monologue I sent over:
Of course the virtue of the vid is my SPECTACULAR MOUSTACHE. It is quite possibly the greatest thing I've ever been responsible for, including my illegitimate daughter (oops...said too much). If you'd like to nurture its growth into a 'tache of resplendent beauty, don't forget there's still time to donate to Movember! 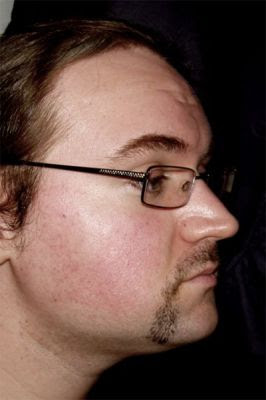 Posted by Struwwelpeter at 09:36