Some early seasonal cheer to go with the premature decorations and mince pies already on sale, plus I suspect that the rest of the world is a veritable cauldron of misery. "The Naughty List" won Best Animation at the Thermaikos Film Festival over the weekend. Hollyness and jollyness!
Of course, if you actively dislike me and the notion of anything I do being well-received bugs you, then I appreciate that might not be the cheeriest news. But then, why would you be reading this? That's just creepy and stalkerish, dude. Knock it off.
Anyway, hugs and kisses to the Thermaikos fellas and everyone who attended and showed some love. I shall be gorging on μεζές in celebration!

With bizarrely fortuitous timing I learned via Twitter that the film has also been included as part of the Shepton Mallet Digital Arts Festival, a comparatively local event showcasing digital work (animation, filmmaking, photography and so on) by South Westerners like my doughy self. This is fabtastulous and it means the film will be viewable in its entirety during the course of the festival, so pass it around while you can. My only concern is that, in justifying why it fit the festival criteria, this is what I wrote:
While the film is primarily presented as a comedic, narrative piece, its main theme is the subversion of a known cultural icon, reconfiguring our former notions of it and presenting it in a setting analogous to the stresses and influences of contemporary culture. This redefines and expands its audience and appeal, working hopefully on a visual level for a young audience and a satirical level for an adult audience. The film's simple premise aims to bring a new relevance and familiarity to a long-established holiday institution.
Now, while that's all true, it was late when I worded it and my brain was in pretension overdrive. I completely understand any impulse you might feel to want to punch the smug face of whoever would write such self-aggrandising drivel. Even I want to backhand him, and he's me. Hopefully, juxtaposed against the film itself, people will see some humour in it.
All told it's great exposure, so cheers again, pixelly-sheep-thing! Check it out here. 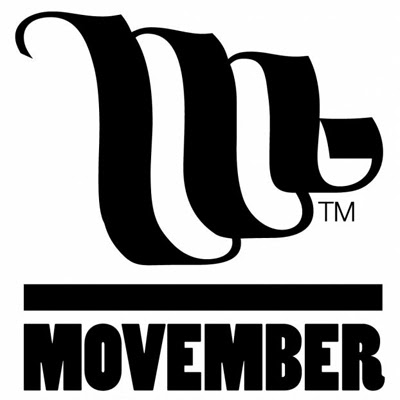 On a closing note, I have made the supreme sacrifice and shaved off my facial hair, which I desperately need to maintain the illusion that my head isn't shaped like an overcooked gnocchi dumpling. This is in preparation for a month of moustache growth, as I'm taking part in this year's Movember to spread awareness for men's health issues. Predominantly prostate cancer, a pernicious fellow that's hit my own family and is probably waiting in the wings for me down the line. If you have the inclination please donate, even if it's just a couple of quid it'll help. Plus you'll be rewarded with the knowledge that for the next month I'll look like a right tit. 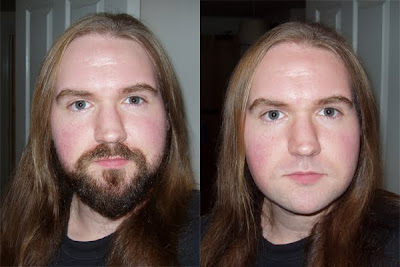