The Miracle of Xmas 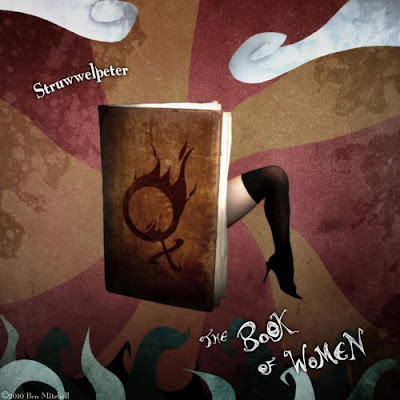 Defying all odds, including the Great G5 Crash of 2010, I've finally finished and released "The Book of Women", sticking with the planned date of the 13th just in time to probably be too late for Xmas. But fuggit, it's done!
I probably won't start promoting it properly before the new year as I have a buttload of work/seasonal crap to get done, plus some bizarre and seemingly unresolvable issues to do with my usual distribution company's print process means there are presently two versions to buy. One is via Lulu, who do my books (very well) though I've never used them for publishing indie music so I'm not sure how they'll measure up. Off the bat they have a strangely truncated runtime for CDs of 70mins which means a hidden (not so much now that I've told you) track had to get lopped off. They also only seem to print one-sided sleeves so some booklet and tray artwork had to go too.
While the Cafepress version has the additional artwork and the extra track, problems with the site have rendered the tray cards useless so people - myself included - will have to print off their own. A pain in the balls and one that I'm a little floored by given it's such a small issue that they have absolutely no desire to amend (I'll post the customer service exchange at some point).
So both versions have their advantages and disadvantages:
Lulu - cheaper but you get slightly less content - £6.99
Cafepress - inexplicable tray screwup but overall you get more of the good stuff - £11
So I'm considering these prototypes, until January when I'll look into a better option for selling print-on-demand CDs, ideally with more leeway for visuals and possibly even a lyrics booklet.
The artwork itself was the absolute last element of the project, completed the weekend before the release date. While I had some vague ideas of how to interpret the title of the album, with time running out I figured I'd just go the literal route and have the main recurring image be a book...of, y'know, women.. 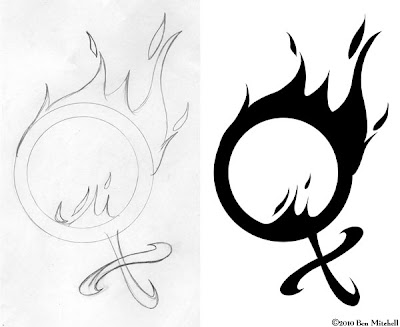 Beginning with a somewhat modified and stylised female/Venus symbol, I imposed the image over photographs of a wonderfully oversized and delapidated tome of illustrations. 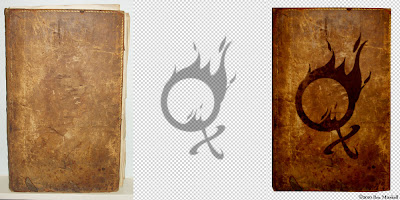 Using the heavy texture of the book cover as a guide this visual was easily replicated for the same book seen at different angles, open, closed, being held etc. Some shots have distincly female arms/legs emerging, these just taken from stock libraries as I didn't have the time or pull to either hire a model or convince any of my friends to hike up their skirts.

To complement the simplistic retro/surreal style I wanted the backdrops to have more of a colourful, illustration-type feel. I sketched out some semi-abstract background designs and, in a similar vein to the backgrounds for "The Naughty List", used heavily layered textures to brighten them up.

The sketches and typography were hand-drawn while I was waiting for my computer to recuperate the week before. While the lengthier credits are typed, the track listing and album title have a bit more personality, sort of cartooney but in a way that hopefully works with the rest of the visuals. 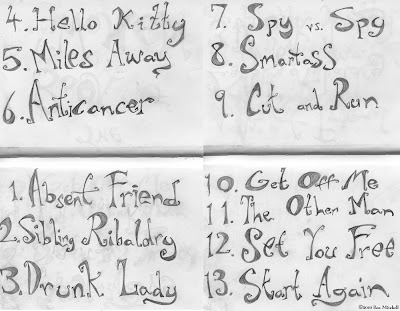 In keeping with my atrocious habit of inserting myself into more or less every visual project I do, the obligatory shot or several of me makes its way into the artwork, in an equally rushed sense. While I usually go with photomanipulation (last album I was a hassidic-rabbit-thing, the one before I was a man-foetus) this time I'm just a creep in an overcoat. Sort of an Ozzy/Lemmy/Brad-Dourif-in-'Deadwood'/Bad-guy-from-Ghostbusters-2 hybrid. I think the moustache sells it (Movember being long over and, well, I appear to have kept it. Interesting...).

This was entirely a case of grabbing a coat too big for me, grabbing glasses too small for me, holding up the book and shoving a camera in my unsuspecting Ma's hand and instructing her to snap away while I struck a series of awkward poses. It was weird and unsettling for both of us. But I like the result, especially against the backgrounds:

One thing I've found as I get older is a decreasing fondness for oversaturation when using colour. It certainly has its place when considering your audience, but in this instance after some contemplation I decided to tone down the intensity and give the album more of a faded quality.
While it was a product of mad, deadline-looming panic, sometimes that's just the thing that pushes a designer to come up with something different yet effective and time-feasible. I really feel that this goes well with the music on the CD, it's colourful and cartooney but not in an over-the-top way, it's bizarre but not in the sense of being too dark or inaccesible. Hopefully it's something that appeals for what it is and can appropriately represent what I'm doing musically, which in all honesty I think is more marketable than any other album I've made. Maybe the fact that it's been marinating for over four years while I've had my animation work as a focus is the reason why. But I don't know really, it's very possible that its appeal is hugely limited and I'm just looking at it with the type of fawning adoration that only the parent of a hideous, malformed child can. Whichever way, I'm glad that after ten years of the increasing demands and expectations of real life I'm still able to do these from time to time.
Here's the full tracklisting, click on each title for clips. Ah, g'wan:
1. Absent Friend
2. Sibling Ribaldry
3. Drunk Lady
4. Hello Kitty
5. Miles Away
6. Anticancer
7. Spy Vs. Spy
8. Smartass
9. Cut & Run
10. Get Off Me
11. The Other Man
12. Set You Free
13. Start Again
On a closing note I'd like to give credit to all the musicians who helped flesh the album out and make it all the more listenable: Celia Claudie, Alison Eire, Analisa Hamilton, John Harris, Hans Hess, Todd Lynes, Melissa o'Dell, Jennifer Rayne, Verity Ross-Smith and Helen Shaw. I also want to thank Veronika Broscheid, David Hutchinson, Erica Mitchell and Chris Richardson who, along with a number of the musicians mentioned above, helped out rather crucially with the final stages of mastering by giving me feedback on my progress in the lead-up to the release. I probably would've finished the album sometime around 2013 had it not been for the final push, so it's hugely appreciated.
Look at me, all full o' seasonal cheer.
Posted by Struwwelpeter at 07:50