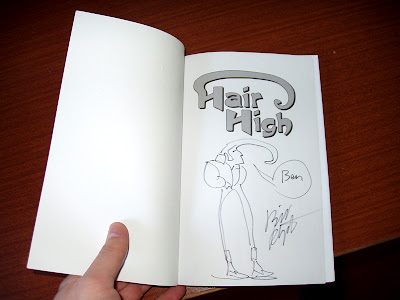 While I blather constantly on this blog regarding my silly little films and my silly little life, there's a silly little voice in the back of my silly little brain that constantly screams: "Hey DUMBASS, who GIVES A SHIT?!"
To be honest, I write because I like writing, and for the most part all I have to comment on is the incremental, ponderously slow progression of my career. Keeping this up has been hugely beneficial for reference and updating contacts and SHUT UP BEN SHUT UP FOR THE LOVE OF GOD WHY IS YOUR OPINION OF HUMANITY SO LOW THAT YOU THINK ANYONE WOULD GAIN ANYTHING FROM READING YOUR DRECK?
See, there...that's what...yeah.

I'd really like to channel the writing impulse in the direction of stuff other people might care more about, while generally staying within the world of animation. To that end I've been doing some freelance writing for the online animation magazine Skwigly, beginning with three articles on Bill Plympton, one of my more significant influences. Two of them are up now, the first a review of "Independently Animated" which, as I've said before, is a great goddamn book so check it out. 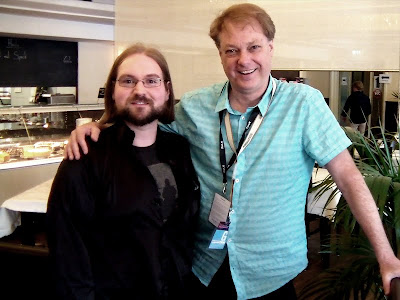 The second is an actual interview I was able to get with him while we were both at ITFS last week. It was a pretty superb way to start the trip (well, for me) and he was very generous with his time, sharing a lot of insights into the industry, independent scene and the animation process.
Read "A Conversation with Bill Plympton" by Ben Mitchell at skwigly.com 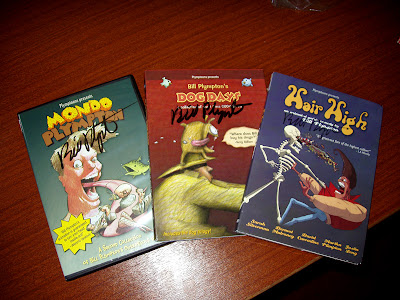 Given that I was disheveled, all over the map (on the tape some of my questions come out like Yoda dialogue) and hadn't slept for thirty-six hours he was incredibly accommodating, even signing a bunch of merch and sketching me a character from his newest in-progress feature "Cheatin'" (see vid below).

The third article will be more focused on "Guard Dog Global Jam" and I'm presently working on getting some of the other collaborators to contribute to it. Before then I'd like to have some more book reviews, articles and interviews up on the site so if any of those get published I'll link to them here. In the meantime, please do me a massive favour and spread the word about Skwigly through their Twitter, Facebook et al. The more I'm writing about other people, the less I'm talking about my boring ass, so everybody wins.
Posted by Struwwelpeter at 13:41