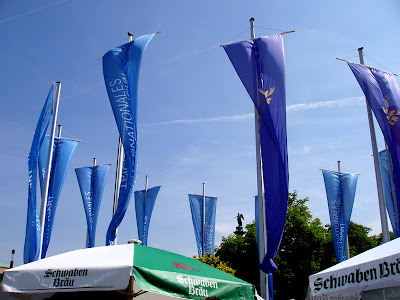 I'm headed back to the UK this evening after a spectacular weekend away. The festival really was a treat and my only regret is that I wasn't able to get to Stuttgart sooner. In all candour, a lot of festivals tend to throw in a hefty percentage of films that really are mediocre at best and leave you scratching your head. Stuttgart however seemed to really keep the quality level of the chosen films very consistent. I'm very inspired but also very humbled and a little intimidated. The bar is friggin' high these days.
Here are some more films that I got a kick out of (look at me with my hip turns of phrase, Christ almighty...):


Others I couldn't find clips for include Matray's "Babioles", Alexandra Hetmerova's "Swimming Pool", Ruth Lingford's "Little Deaths", Peter Baynton's "Save Our Bacon", Magnus Carlsson's "Hon & Han" and Joost Lieuwma's "Things You'd Better Not Mix Up" nearly gave me a hernia.
I also saw "Tangled", which made me feel old. The Disney princesses have now officially stopped infuriating me for being girly and irritating (as when I was a young'un) and instead now infuriate me for being sort of unattainably bangable. 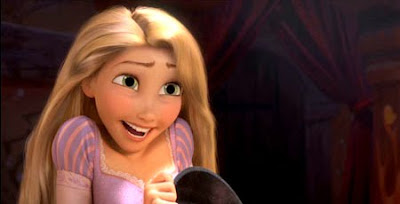 Don't judge me, one of the main plot points is that she's eighteen...

To a certain extent I sort of wanted to have a crack at the guy too. 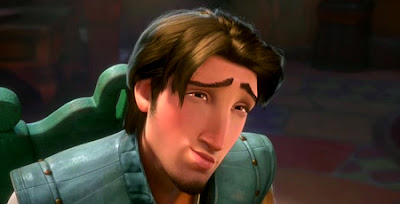 Damn lovable rogue with a heart o'gold he was...
But as always they threw in enough funny stuff to keep it watchable for a disenchanted old prick like me; the horse did kinda kick ass although he did seem a little borrowed from Ren & Stimpy's Mr. Horse at times.

The awards ceremony was last night, I didn't understand a word of it as I don't speak more than seven words of German. Given that the rest of the festival seemed to be predominantly English that was a little odd. They said at one point that we'd all been offered headphones with translations piped through. I don't know if that was a joke or not, but we definitely weren't. Regardless, a lot of great films that deserved to win actually won, which again is kind of a rarity in the festival world. The list of winners can be found here.
Now to see how many bread and sausage-based foodstuffs I can cram into my suitcase without going over the baggage weight limit. Tschüss!
Posted by Struwwelpeter at 17:07