More fest news, "The Naughty List" will be part of another touring (or rather, cruising) festival from September 24th to October 3rd. The KROK International Animated Films Festival takes place on the Princess Dnipra which will be traveling through the Ukraine, stopping off at Kiev, Dnepropetrovsk, Zaporozhye, Sevastopol and Odessa. So, if you fancy some swashbuckling adventure (I'm sure river cruisers give you the option to swashbuckle), check it out. 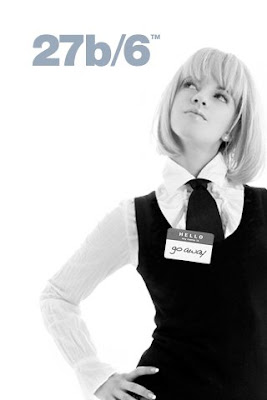 Speaking of Eastern Europe, I found out recently that the woman who sold me my Wacom Cintiq is an Estonia-based model and artist who, by insane coincidence, is the face of David Thorne's hysterical 27b/6 website/book. Well, it's a coincidence because I recently became a huge fan of the website. If you're not familiar with Thorne, he's an Australian designer who, either from boredom or a career that has beaten him down to breaking point, publishes his email correspondence with a succession of recipients whose grasp of reality and humour is alarmingly literal. He cultivates a consummate douchebag persona although you always find yourself rooting for him. Anyway, it's a great go-to site for when I'm feeling all procrastinatey. And 'Tabitha' is a pretty talented artworker as well, so give her work a look.
Okay, I haven't talked about me for several sentences and frankly it's making my skin start to itch. 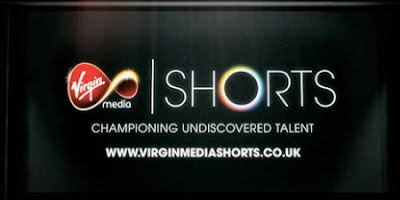 I have two mini-edits of my films "Ground Running" and "The Naughty List" online at Virgin Media Shorts, one of those online short film competition thingies. They aren't in the running or anything, right now they're just two of about three-thousand that are presently viewable online. I'm usually a little loathe to put entire films up but as these versions are exclusive edits to accommodate the unusual 2'20" cutoff time I'm less precious about it. In both cases the stories (such as they are) are still pretty much the same. Some of the humour/timing doesn't play as well but given the concession I think they still work overall. Anyways, if you like you can give them a watch or several hundred. And share them with everyone you know - it doesn't affect whether or not they get shortlisted so I can't really be accused of trying to skew the judging in my favour.

Posted by Struwwelpeter at 14:12