Sometimes I look at my blog posts or Twitter feed and wonder if I come off like a methodical, joyless ass motivated by self-promotion and cynicism. I rather hope I don't, because I'm actually a pretty easygoing, lovable scamp. As long as I'm getting enough sleep.
So today, apropos of pretty much nothing at all, I've decided to list ten random things off the top of my head I take tremendous joy in. I can't not be in a good mood as long as I have these in my life.

•This bit in "The Simpsons"


•"Ghostbusters 2" on the original GameBoy 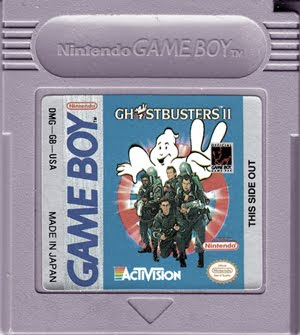 Because it rules. You spend the whole game wandering around catching a shitload of ghosts; one button shoots them, the other traps them. It's literally the perfect GameBoy game.

•Roti Canai at the HK Diner on Park St. 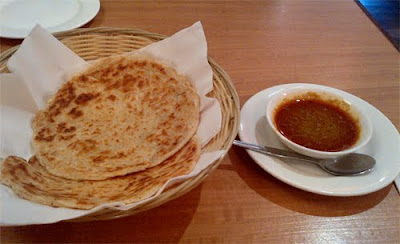 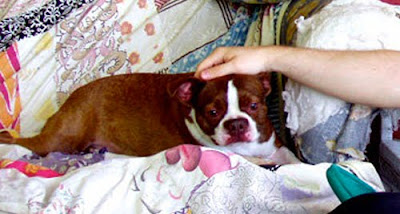 Just look at her. She's the greatest creature in existence. She's also a fucking dunce and eats everything that'll stay down. For both those reasons I consider her a kindred spirit.

•That old episode of "Never Mind The Buzzcocks" with Cathy Dennis
For reasons not entirely dissimilar to the Sofia Vergara clip. Also because she's an adorable goddamn goofball and can write a catchy tune.

You pull the tab on the right and the CD slides out on the left. It's BRILLIANT. This album came out nearly six years ago and I'm still entertained by it. How can you not be?

•Any moment of any episode of that online show Maria Bamford did where she plays all the characters
•Any time they talk about Kubrick movies on "The Opie & Anthony Show"
I really don't think there's any explanation needed.

That's enough positivity for one day. Don't worry, I'll be whining about something I made up soon enough.
N'night!
Posted by Struwwelpeter at 11:57