"The Naughty List" will be part of the ReAnimania International Animated Film Festival which starts on the 14th, a week tomorrow. It's one of four shorts in its category from the UK, the others being the lovely NFTS short "Kahānikār" (dir. Nandita Jain) and two Aardman films, the distinctly Chuck Jones-y "Fly" (dir. Alan Short) and "Blind Date" (dir. Nigel Davies), so I'm in pretty smashing company. 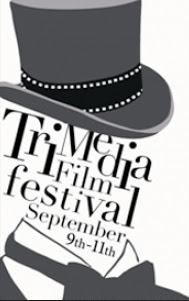 A couple other "Naughty List" September screenings I now have times for, starting with this Saturday (10th) at the TriMedia Film Festival, the film will be shown during the 5pm 'Short Film - Comedy Shorts' screening at the Lincoln Center Magnolia Theatre in Fort Collins CO, USA
On Wednesday 21st it'll be shown during the Shorts section (2pm-4pm) of Cinewest's Auburn International Film Festival at Reading Cinemas Auburn in Australia.
Other festivals to show the film this month include Anifest Rozafa, Sintetitza and the KROK Animation Festival, all of which I've yet to find out specifics on as far as dates, times and venues go.
That's all for now, my building currently has no water so I'm going to attempt to bathe using nothing but Andrex pre-moistened wipes. It may take some time.
Posted by Struwwelpeter at 07:55