End on a Song 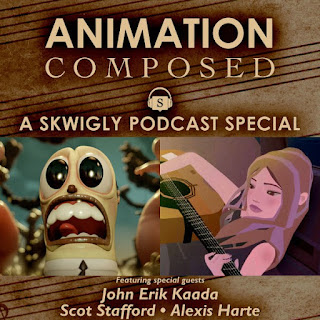 The podcasts keep coming over in Skwiglyland, and I'm very pleased to bring you the end-of-year special Animation Composed, a celebration of the harmonious relationship between music and animation. This one's been brewing for a while as, being a musician myself, I've often found myself enamoured of the consideration that goes into animation music - quite frequently it's something that can make or break a film entirely. With the aid of Skwigly contributor and freelance composer Wez this episode's been put together as a sort of podcast 'pilot' that may very well have series potential depending on how well it goes down. The nice thing about it is that, on top of the regular interview segments the podcast series are known for, there's the inclusion of music itself which makes it a pretty different beast. So settle in for over two hours of standout animation music selections and exclusive interviews with special guests.
In this podcast we speak with Norwegian multi-instrumental composer/performer John Erik Kaada (AKA Kaada) whose discography includes the solo releases Thank You For Giving Me Your Valuable Time, Music For Moviebikers and Junkyard Nostalgias as well as the Kaada/Patton albums Romances and probably my favourite album of this year, Bacteria Cult. Kaada’s work as a composer for independent film scores recently extended into the world of animated shorts with The Absence of Eddy Table, directed by Rune Spaans. 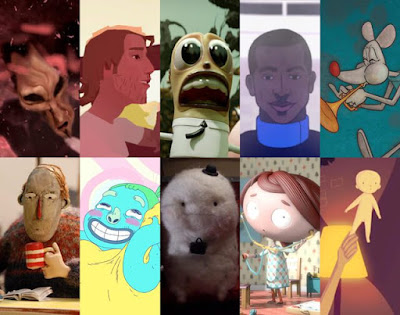 We also meet Scot Stafford and Alexis Harte of Pollen Music Group, the songwriting organisation responsible for the music of the ongoing 360 VR filmmaking series Google Spotlight Stories, which includes the immersive film projects Duet, Windy Day, Buggy Night and Pearl.
Also included in this special is music by Phil Brookes, Shane Holly, Thee Wreckers, Happy Camper, Tim & Puma Mimi, François-Xavier Paquin and Skillbard.
Listen to the special below or over on Soundcloud (NB – this episode is streaming only):