After a busy 2017, Laura-Beth Cowley's film Boris-Noris which I'm proud to have worked on (loves me some coattails to ride, I do) looks set to have an equally hectic year ahead. On Saturday January 27th it will screen at Edinburgh's Manipulate Festival in a repeat screening of the Bristol Festival of Puppetry's Women in Puppetry and Puppet Animation programme that played a couple of times last year. The screening will take place at 3pm at the Traverse Theatre. 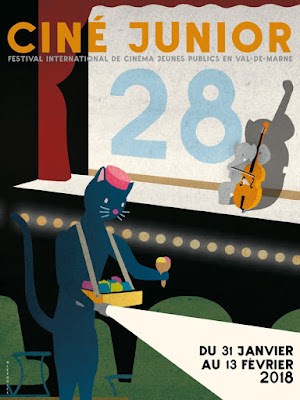 A few days later the film will begin its involvement with the touring programme Festival Ciné Junior where it will play throughout France over the subsequent fortnight. As part of the themed screening Au bord de l'eau (At the Water's Edge), the film will screen alongside some other great work including Robert Löbel and Max Mörtl’s ISLAND. The list of dates are as follows:

Posted by Struwwelpeter at 14:57