Guess what band I'm gonna talk about in this post?

I realised something this week, that pop-culture in 2009 has become eerily tailored to my tastes. There's nothing new that really grabs me, but some old franchises are being revived. The Rocky, Rambo, Indiana Jones and Transformers fans of the world were, in the last couple years, treated to new outings for their beloved childhood protagonists. Not having much nostalgic investment in those properties, I felt a little bit left out. Well, actually I didn't really give a crap either way, but let's say I did for the purposes of setting up this entry.

2009 so far promises three triumphant revivals from my own childhood - one being, of course, the completely unexpected return of Faith No More.

In June there's the GhostBusters video game, an equally unexpected revival bringing back the original cast, including Bill Murray (who was to GhostBusters as Mike Patton was to Faith No More in their shared insistence on never being part of any reunion).

The third franchise being resurrected is another pleasant surprise - Red Dwarf. I would've put money on that ol' chestnut staying dead'n'buried, but in April they're dusting it off and giving it a handful of new episodes that might hopefully resolve the cliffhanger it ended on a decade ago.
Faith No More, GhostBusters and Red Dwarf? Those made up, like, 70% of my pre-adolescence! What's next - is David Lynch gonna whip out a sequel to 'Fire Walk With Me'? Are they gonna do a 'Bill & Ted 3'? Is Raul Julia gonna have the good manners to come back from the dead so we can have a proper new 'Addams Family' movie? Will Clive Barker finally release the fucking 'Scarlet Gospels'?
When I previously used the phrase 'triumphant revivals', I did so whilst knocking on wood. After all, they haven't happened yet, so I don't really know how triumphant they'll be. Y'see, friends, I'm cautious - I've been burned before... 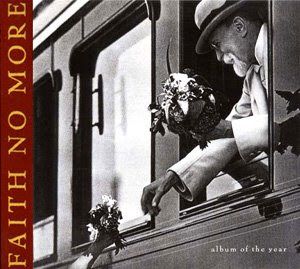 Faith No More's final LP 'Album Of The Year' is notable for being merely great, as opposed to their three albums prior that were incandescently brilliant.
Okay, bad example. 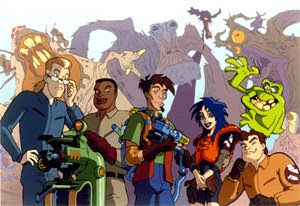 But that same year (1997) there was an attempt to bring GhostBusters back with...ugh...'Extreme GhostBusters', an ill-advised, 'hip' update with youthful character replacements that ticked every ethnic box. It wasn't horrendously awful, and as an animation fan there's some fun in the visuals, but it's painful messages (tolerance, equality and a number of other social issues that, by that time, should've been a given) undermined themselves in their lack of subtlety. 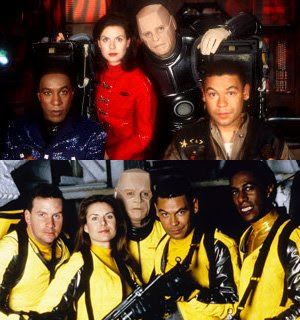 Also in 1997 (kind of a weird coincidence in retrospect) the brilliant 'Red Dwarf VI' was finally given a follow-up - the dreadful 'Red Dwarf VII'. Two years later came 'Red Dwarf VIII', which wasn't as bad but was still no great shakes.
These were all forgivable enough, however it was a completely seperate revival that took my beloved childhood memories and literally screwed them in the arse... 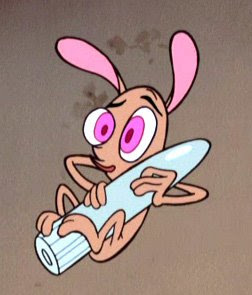 To be continued...
Posted by Struwwelpeter at 19:04