...of my bountiful moobs, that is.
Actually they haven't so much receded as grown alarmingly pert. But I think that means they're getting smaller. I still feel a bit like Meatloaf in 'Fight Club'. 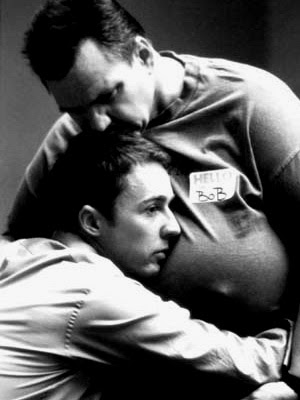 His name was Robert Paulsen...

After a month of living frugally (which can't be a bad thing in this climate) I've dropped 5kg, from 104kg to 99kg. That's around 11 lbs, which is more than I was going for. I was probably just expunging retained grease and whiskey that first fortnight. See, this is the pisser with weight loss, it starts off fast and then gets slower the more you do it. Which is why it's been such a pain in the arse to go all the way with it. 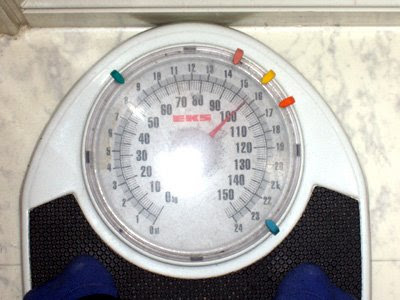 I'm hoping to reach 97kg by the end of April, which should keep me on track to my goal of 95kg by June.
Posted by Struwwelpeter at 12:23