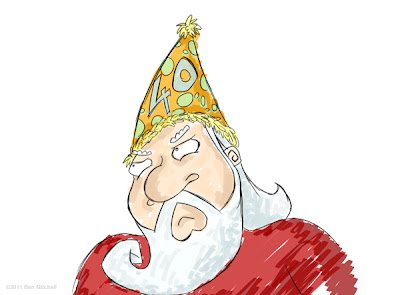 Another festival checkpoint has been reached as of this morning, with "The Naughty List" clocking up its fortieth screening! That's four fifths of my long game for the film achieved (my plan is to retire it once it hits fifty), so cold turkey leftovers for everyone!

Vilnius Film Shorts will take place in Lithuania from October 13th-16th, and knock wood I may be able to grab a long weekend and head on over there. The only Lithuanian I know is a barista who I'm pretty sure spits in my coffee every morning, so maybe if I immerse myself more in her culture she'll instantly love me. I really do make grounded, logical plans. 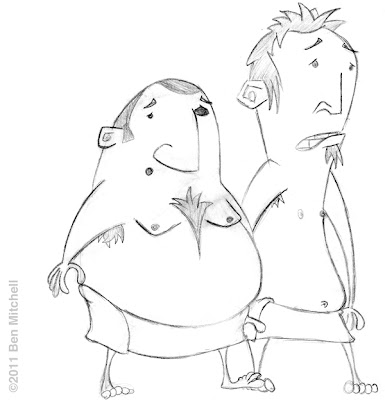 I may as well use this opportunity to make the somewhat overdue announcement that I have received a grant to part-fund my fourth film "Bullies", which is trundling along nicely. Assets are gradually being built, deadlines are in place and, most importantly, I'm making headway getting the animatic edited down before I start the animation proper. Right now it's down to eighteen minutes after its initial twenty-five. There's lots more whittlin' down to be done (ideally if I can get it down to ten then I'll be in much better shape) but all in all, things look good. I also figure that, as with "House Guest", the unused dialogue that doesn't necessarily work as a film could still be used as part of a graphic novel adaptation once it's done. Look at me with my planning ahead as opposed to my usual barreling blindly into calamity. It's like I'm becoming a grownup.
Posted by Struwwelpeter at 05:59