I'm back from my not-as-rainy-as-expected Annecy trip and feel like I've run a marathon. It was a whirlwind of catch-ups, meet-ups, write-ups, interviews, parties, rain-dodging, sun-spotting, networking and completely responsible drinking; all in all, we made massive pests of ourselves and had a blast doing so. 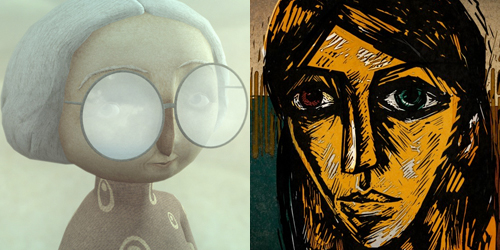 Following on from last week's pre-fest round-up, here's the first batch of coverage put out while we were over there (and check back later in the week as there's plenty more to come). Firstly, as promised, you can have a read of my interview with Franck Dion, whose film The Head Vanishes was one of my personal highlights of the festival that had the good manners to win the Short Film Cristal!
I also note with glee that another top pick, Theo Ushev's Blind Vaysha, received not only the Jury Prize but the Children's Jury Prize - you can have a read of my recent interview with him about that project here. 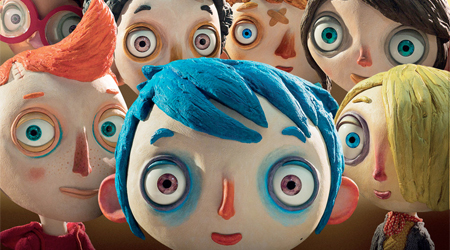 Another Cristal winner (also picking up an Audience Award) was the gorgeous feature film My Life as a Courgette by Claude Barras. While it initially lured a lot of festivalgoers in simply by looking pretty, when word got around about just how amazing it was on the whole the remaining screenings sold out pretty quickly. You can have a read of my attempt to put my own enthusiasm about it into words in my review, which went up today. 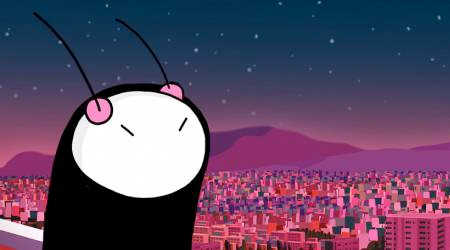 Also discussed previously, I was able to chat with Canadian filmmaker Ann Marie Fleming about her feature-length NFB production Window Horses, brought to life by an assortment of top Canadian animation talent such as Kevin Langdale and Janet Perlman. It's a lovely film and a tremendous showcase of different animation approaches and styles, so keep an eye out for it. 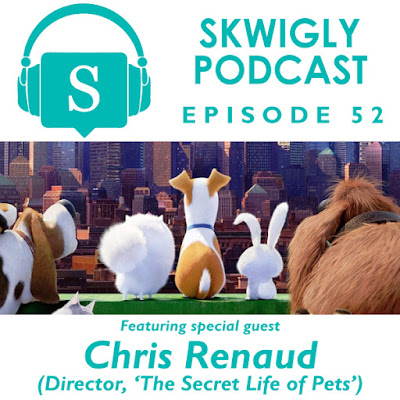 The latest episode of the podcast is our first to be recorded from the festival's gathering ground for inebriate tourists, Captain Pub. Give it a listen to hear about my travel woes, an interview with Chris Renaud (director of The Secret Life of Pets, which saw its premiere at Annecy on Thursday) plus Katie and Julia join us to discuss Annecy's good sportsmanship traditions. Download here, subscribe or stream below:

Later on in the week we did our first ever live vodcast via the Skwigly Facebook page, where myself, Steve and Katie discuss some of the highlights of the fest as well as the grim fate that befell our Marketing Director Aaron.
I also swung by the Toon Boom booth at MIFA to catch up and found myself being interviewed about Skwigly, the festival and my upcoming book Independent Animation. You can give it a watch below:
On our last day I met the world's biggest Klementhro fans, one of whom being acclaimed Lithuanian animator and caricaturist Ilja Bereznickas who was keen to immortalise me, throwing in some references to the film (cheers to Steve for documenting). 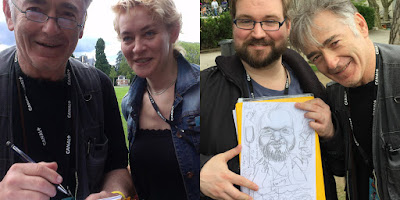 Will post again soon with more good stuff from the fest, in the meantime check out the full list of special prize recipients and award winners from this year's edition!
Posted by Struwwelpeter at 05:02