Back in the USSR

I appreciate the title of this blog entry has been geopolitically inaccurate since 1991, but what do you want? I like songs, sue me.
Anyhoo, I'll be the bigger man and choose to look past the confrontational attitude you've come into this post with.

I'm happy to report that Klementhro will make its way back to the Ukraine again following its recent screenings at the Kyiv International Short Film Festival. This time it will be playing as part of the Linoleum International Contemporary Animation and Media-Art Festival which runs from September 15th-18th. My film plays in Competition Programme 2 which'll get four screenings:
The event takes place at Mala Opera in Kiev. Also screening in competition are some brilliant folks including Uri and Michelle Kranot, Rory Waudby-Tolley, Tomer Eshed, Florian Grolig and Alois di Leo. 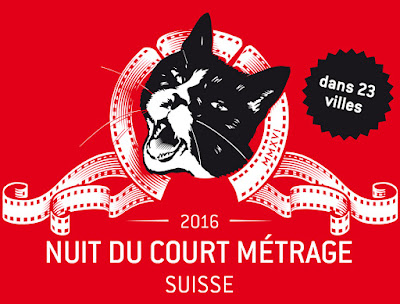 That same week the second leg of the Short Film Nights tour will be kicking off, following on from Kurzfilmnacht in the Spring that saw Klementhro floating through Switzerland's various German-speaking cities. For La Nuit du Court Métrage the programme will be touring the French-speaking areas, beginning with a stop in Vevey as part of Images Vevey at the Cinérive, kicking off at 8pm. More dates/times/venues to follow!
Posted by Struwwelpeter at 09:33