"Chasing the night away..." 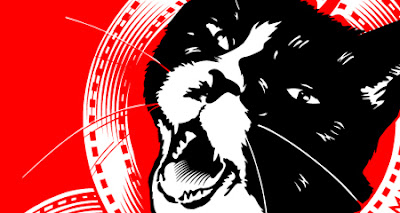 It's a double-screening for our lad Klementhro this Friday in Switzerland! Continuing the fabulous Nuit du court métrage tour the film is part of, there will be two simultaneous showings in Yverdon (at the Bel Air cinema) and Sion (at Cinéma Arlequin), both of which kick off at 8pm.

Would that I could be at either myself - as it happens that particular night I will be gleefully seeing Chuck Mosley (or Mosely, depending on which album sleeve you read) in concert as he's had the good manners to come to Bristol and play just down the road from me. Mr. Mosley was the predecessor to Mike Patton as the original vocalist for Faith No More, a band I may have voiced some enthusiasm for once or twice. Although the band found major fame after his tenure they undoubtedly made some amazing music together and I count plenty of the tunes he sang on as amongst my favourites. Also 'Introduce Yourself' was the first Faith No More album chubby li'l me was able to save up enough pocket money to afford and so it will always hold a special place in my heart.
The show is part of his ongoing European tour and proceeds are going to the homeless charity Crisis, so any Bristol folks out there should definitely swing by the Bierkeller this Friday night. 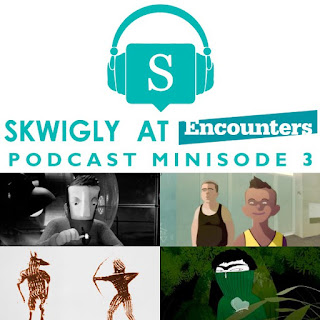 Meanwhile my Encounters/Skwigly Q&A sessions continue today as I meet attending filmmakers whose films screened as part of the animation programme It’s Only Natural - Lissi Muschol (Producer, The Wild Boar), Cartoon d'Or nominee David Dell’Edera (Dir. Balcony), Simon Scheiber (Dir. The Lighthouse) and Tomek Ducki (Dir. Emily King: The Animals).
Listen below or direct download. It's a dirty job, but someone's gotta do it.
Posted by Struwwelpeter at 10:52