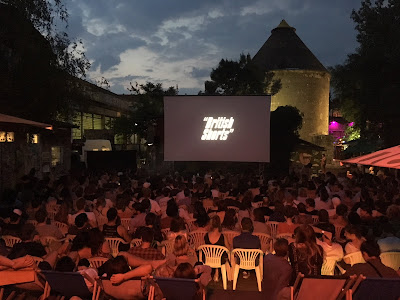 After an initially busy June my latest film Sunscapades has hit a bit of a lull, with no upcoming festival screenings confirmed before late August.
Taunting this patchy performance is my preceding film Klementhro, which just won't go away it seems. Following its inclusion in the fabulous Lichtspielklub Short Film Festival - AKA British Shorts - everyone's favourite paddlin' fool will be included as part of a series of special short film screenings tied in with the festival.
The British Shorts Summer Edition will take place at Berlin's outdoor cinema Freiluftkino Insel im Cassiopeia from 9pm on Friday, August 3rd. I don't know the specifics of what else is playing just yet but you can check out the official Facebook event for updates.
Posted by Struwwelpeter at 11:10