There's just no sinking the bugger

Yet more adventures for our pal Klementhro coming up this month and next. Firstly there's the Big Cartoon Weekend in Saint Petersburg, another offshoot of Russia's Big Cartoon Festival as its name suggests. Klementhro will play in the third programme 'Borrowed Time' that kicks off 7pm on Sunday July 29th at the Rodina Cinema, rubbing shoulders with some fantastic other films such as The Burden, Catherine and Mr. Madila. 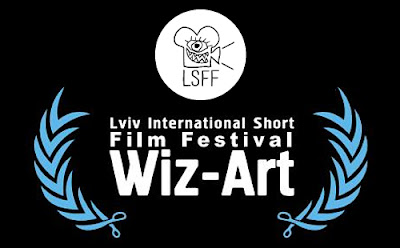 Following that will be an early August screening at Ukraine's Lviv International Short Film Festival Wiz-Art in association with the London Short Film Festival at which the film originally screened back in January of last year. I'm humbled to say it will be screening in a special retrospective of the best British shorts of the past three years to screen at LSFF. The even takes place on August 10th at 4pm and you can watch the programme for updates here.
Posted by Struwwelpeter at 05:34