After last week's lamentation that "The Naughty List" hasn't gotten much of a response from kids' festivals, I just heard that it'll be part of Anifest Rozafa, another predominantly children-oriented festival in Albania this September. Which is nice of them. Forward thinking. I guess them Albanian young'uns have thicker skins. I've always liked that about them. 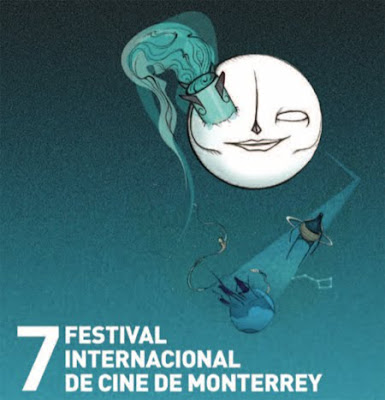 The film's screenings later this month at Mexico's Monterrey International Film Festival I now know will be on Friday 19th (6:30pm), Sunday 21st (4pm) and Tuesday 23rd (9pm) at Cinépolis Las Américas. So if you want to be in Mexico in time you better make a move, sharpish.
Meanwhile, I'm continuing my VHS archival project, transferring any rarities or nostalgic vignettes ne'er released commercially that I come across. Midst amusement at recalling my adolescent impulse to record all manner of 'saucy' European films and Susie Bright documentaries, there have been some pretty good finds here and there. It'll take a while to transfer and upload them all, but here are a handful of snippets from an animation show called "Dope Sheet" back in 1997. I only taped part of one episode (I think because I knew John Kricfalusi was going to be on it and I wanted to see what the voice of Ren looked like) and from what I can see the show seems a little patchy and slow overall. This excerpt from a segment on animation in advertising is kind of interesting for the advice of Oscar Grillo to newcomers (IE don't bother) and a brief conversation with young up-and-comer Luis Cook (who has since both upped and come):

Another piece on cartoon wartime propaganda, similar to the previous doc I posted and notable for the contribution of a still-alive Chuck Jones:

And the aforementioned John K interview in which he extolls the virtues of Bob Clampett and Robert Mitchum:

Hope those entertain you all, because I'm out of things to write. Uh...bye.
Posted by Struwwelpeter at 16:15