Something to balk at...

'House Guest' will make its next stop in Serbia (Belgrade, to be precise - and why not, I ask you?) on Thursday October 8th at Balkanima '09 - 6th European Festival of Animated Film. It's part of the Student Competitive Programme 4 which begins at 4pm. The full festival runs from the 6th-10th and includes a lot of very interesting films, including Laura Ratta's (who recently graduated from the same MA that pulled 'House Guest' out of me like a gooey, screeching infant last year) elaborate and highly-polished piece 'The Legend of Geb & Nut'. The full program can be downloaded here. 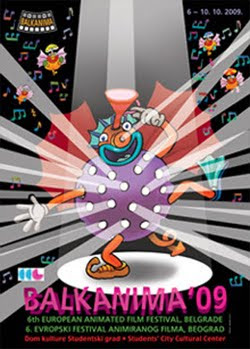 Posted by Struwwelpeter at 12:53 No comments:

"House Guest" has made the shortlist for the Delta Film Award at next month's Festival of Fantastic Films in Manchester. While it's fared quite nicely on the international festival circuit, the film doesn't really get shown much in the UK, so it's a nice bit of news. The screenings will take place from 16th-18th October at the Manchester Conference Centre.
Posted by Struwwelpeter at 10:19 No comments: 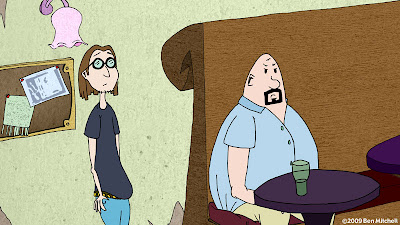 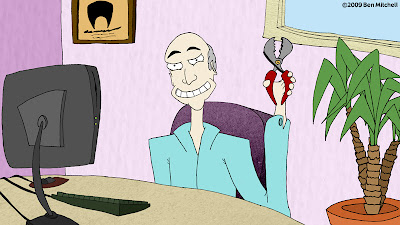 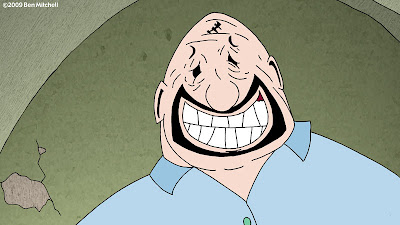 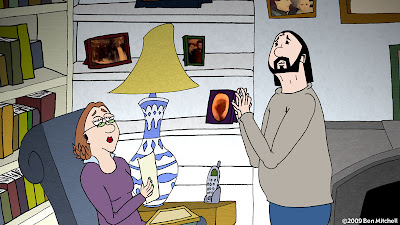 The film's coming together in a fairly atypical way. Rather than having the whole film storyboarded and written, I'm finding myself continuously writing more material as I animate. After its initial, inaccessible length of ten seconds, the revised version is about two minutes. My plan, cackhanded as it is, is to continue to embellish and flesh it out as I go, until it takes the shape of a coherent, appropriately-paced short film. Probably somewhere between three and five minutes. It's an experiment and it may end horribly, but I have to say I'm having a lot of fun working on it and the animation itself is turning out far better than that of 'House Guest' and 'Ground Running'. If nothing else, it'll make for plenty of new showreel footage.
Posted by Struwwelpeter at 04:41 No comments: 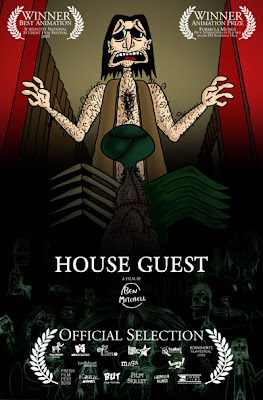 Shameless tool that I am.
Looking back over recent entries, it's dawned on me just how much of a sickeningly egotistical celebration of my film's reception this blog has become. I'm an utter tool. Thinly veiled as a resource for festival information, all these updates really say is 'look how great I am'. How tempting must it be to just track me down, backhand me, then sneer with disgust as I gaze at the floor, knowing I've done wrong.
The only logical thing at this point if I want to salvage the measliest scrap of humility would be to delete all the offending entries and lay off the self-congratulatory bullshit in the future.
I'm not gonna do that. I'm just saying it'd be the right thing to do.
Fuck being modest. I'm going to milk 'House Guest' until it's droopy, wrinkled and all dried-up. Come December it'll hopefully be out on DVD and the festival season will be done and dusted anyway. 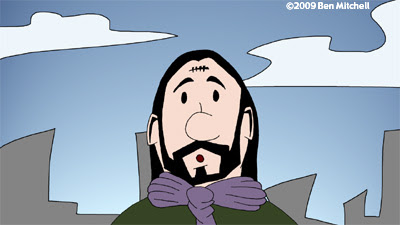 In the meantime, I'm well into production on my third film (my second, 'Ground Running', still inhabiting a sort of limbo while I decide on the best way to go about re-editing it). The film I'm currently working on is autobiographical, though it will hopefully offset my onanistic praise by depicting me as a morbidly obese sexual inadequate. But, y'know, in a cute way. This is an extension of a ten-second animation I produced for a competition that never happened due to a number of irreconcilable technical issues - the number being 'one' and the issue being that the guy with the projector got baked and never showed up on the night. 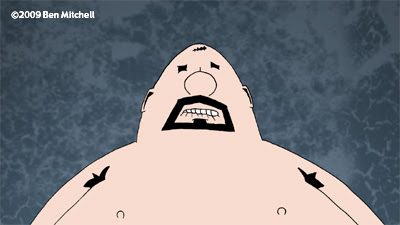 As ten seconds wasn't really enough time to cram the story in, it consequently came off as a bit of a clusterfuck. I put together an overly-ambitious pitch for a ten-minute film that would detail a number of regrettably slapstick sexual encounters, usually ending in irreparable physical and emotional damage. While pursuing that film without funding isn't a feasible proposition given its length, I'm opting to produce a short that falls somewhere in the middle.
As it stands, the plan is to have a three-to-five minute animation elaborating on the story in the ten-second version, incorporating dialogue, foley, music and all the other stuff that makes a film watchable.
I also want the overall look of the film to be a tad more polished than that of 'House Guest'. I've identified three main factors that should help in this regard.
1. Better animation 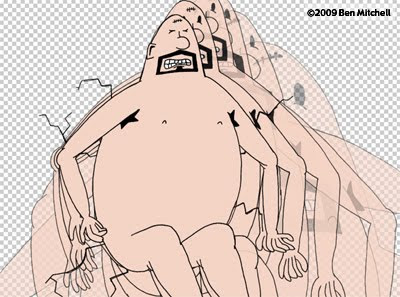 The film has very little dialogue, the action mainly playing out while I narrate offscreen. As such there will be a lot more 'full' animation shots, as with 'Ground Running'. 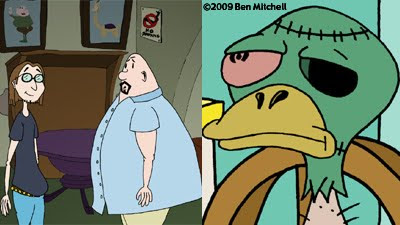 In abandoning my beloved Berol Color Fines for proper, art-store, extra-fine drawing pens, the visual quality takes on a more professional look, especially when scaled-down and in motion.

3. More love for the backgrounds 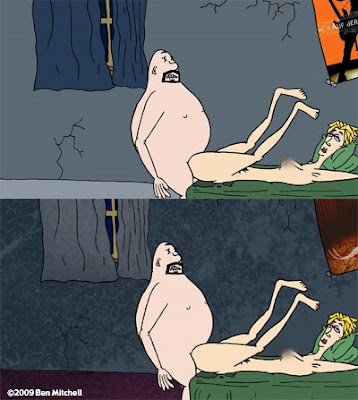 While the background designs for 'House Guest' were knocked out at a pretty fast rate (there being call for about a hundred of them), I'm taking more time to draw detailed and textured backgrounds. A little bit more time in Photoshop takes a lot of sterility out of the finished shot.
On that note, let's end with a couple of said background designs, because I can't think of something funny or clever to write that'll wrap this up. 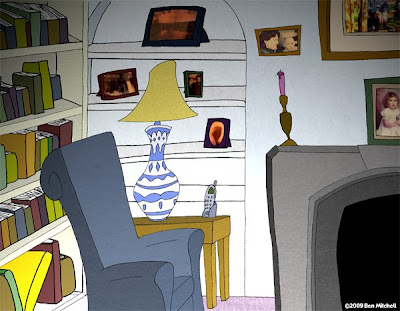 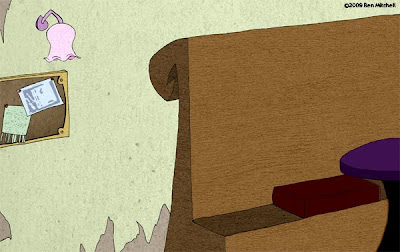 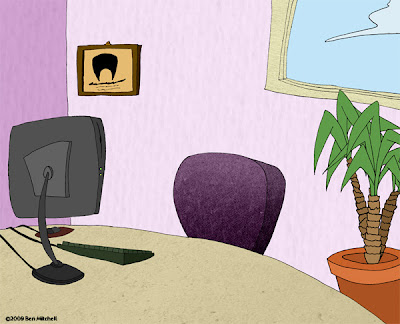 Posted by Struwwelpeter at 07:01 2 comments: