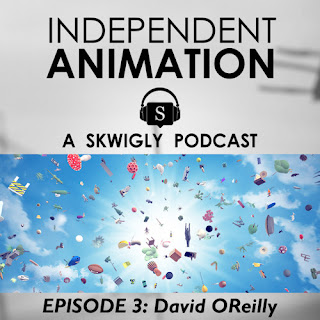 In the third episode of Independent Animation, the companion podcast series to my book I meet David OReilly who, in the past decade, has amassed a significant fanbase through the international success of his independently-produced auteur animation projects.
While in the UK to present a retrospective and lecture at the London International Animation Festival, David and I found some time to discuss the atypical path of his career that, alongside commercial work for Spike Jonze, Adult Swim and Adventure Time, has seen him build an international following through his multi-award-winning independent projects RGB XYZ, Octocat Adventures, Please Say Something, The External World, 109645790437692847650 and, more recently, the abstract gaming experiences Mountain (2014) and Everything (2017).
In this interview David elaborates on the circumstances of his most career-defining projects as well as the nature of success, managing expectations and staying grounded while being true to one’s work and artistic direction.
Stream the episode below or direct download:
Posted by Struwwelpeter at 03:44 No comments: 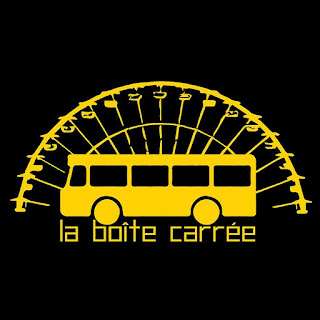 Boris-Noris will be racking up some more screening dates in the coming weeks and months as it finds itself going on another tour! As part of La Boîte Carrée's touring programme of sort-of silent films Le Plein de Super the short will be screening in various towns and cities in France and Portugal from next month on. In the meantime the first screening of the 2018 season will take place at the School of Fine Arts in Nantes this Thursday, April 19th. I'll post more dates as they come but in the meantime check out the tour's official site for more info.
Posted by Struwwelpeter at 08:26 No comments: 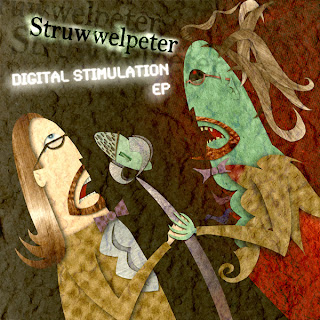 Posted by Struwwelpeter at 07:57 No comments: 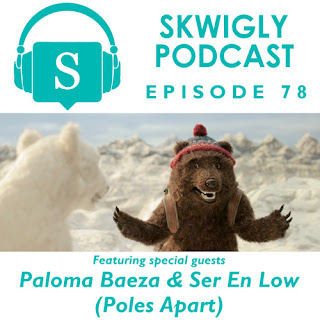 On another note, just a reminder that later on this week the British Animation Awards, will return to London tahn on the 15th. I was once again part of the jury although I won't be able to be in the city for the awards themselves, but it should be a fun one. Well, as fun as anything can be in my absence. Soldier on, my brave little soldiers.
If you haven't yet got tickets it's probably a little close to the wire at this point, but you might get a place on the waiting list if you shoot them an email via their official site.
Posted by Struwwelpeter at 08:44 No comments: 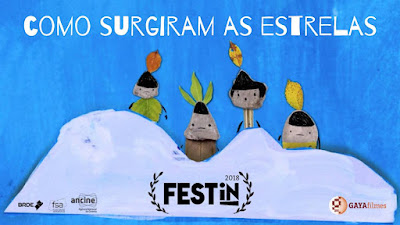 I just received some good news regarding Lendas Animadas, the Brazilian pre-school series I worked on a little while ago - one of the episodes I animated just picked up the Audience Award for Best Children's Short at the FESTin Portuguese Film Festival in Lisbon. Turns out the kids are alright.
On top of this the series is also a finalist for the 28th Prix Jeunesse International festival and competition which will take place in Munich from May 25th-30th.
Congrats and kudos to the team, most of all to Art Director Adriana Meirelles who was my immediate supervisor on the series and did an amazing job in keeping me on track, especially considering I don't speak any Portuguese.
Speaking of amazing women in animation, if you head on over to Skwigly's Twitter feed I've been corralling some coverage from the past year in honour of International Women's Day. There are some fantastic articles and insights - not to mention films - worth checking out there if you missed them the first time around.
While we're on the subject here's a rundown of the industry's inspiring female talents I've had the pleasure of personally interviewing since my days at the magazine began:

To be perfectly honest it should be a longer list, though I have some personal goals toward the gender parity of our coverage in the years to come that should hopefully amend that. As for the present, the latest addition to our interviews section is the splendid Julie Roy who I had the pleasure of interviewing at last year's Annecy festival. This week saw her win her second Canadian Screen Award as a National Film Board of Canada producer (her main role is Executive Producer of the NFB's French Animation Studio). The winning film, directed by Matthew Rankin (an interview with whom went up a few months' back), is The Tesla World Light, which documents a troubled period of the renowned inventor Nikola Tesla’s life through a combination of exquisitely performed pixilation and experimental filmmaking techniques. Julie's producer filmography also includes some absolute crackers such as Paula (Dir. Dominic Étienne Simard), Kali, the Little Vampire (Dir. Regina Pessoa), In Deep Waters (Dir. Sarah van den Boom), Pilots on the Way Home (Dir. Priit and Olga Pärn), Inspector Street (Dir. Emmanuelle Loslier) and The Head Vanishes (Dir. Franck Dion) among others, so it was a real privilege to get to learn about her career path and process, as well as some insight into how the NFB approach the marketing and distribution of their films once they're done. 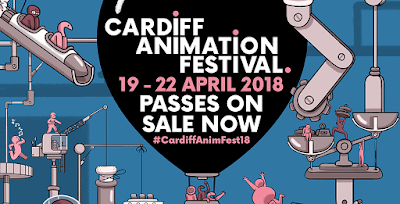 One last thing that, again, involves some super brilliant animation ladies, chiefly Lauren Orme, Dani Abram et al who have been working like mad on the first edition of the revived Cardiff Animation Festival. Having curated and hosted the animation strand of the Cardiff Independent Film Festival for a few years, as well as the city's regular meet-up Cardiff Animation Nights, the team have outdone themselves with an amazingly high-quality inaugural official selection for this year's event. I'll be involved in the festival in various capacities that I'll elaborate on when they've all been cemented but until then be sure to to get your hands on festival passes so you won't miss a thing.
That's it for today, I'll leave you with this new piece by Anna Ginsburg that I had nothing to do with but absolutely love:

No Sunscapades news to report, but our paddle-dependent lad Klementhro is still making desperate, needy bids for attention before he gets shunted aside. Over the next few weeks the film will be part of a touring programme spun off from last year's edition of Russia's Big Cartoon Festival for which it was officially selected. Traveling outside of Moscow this time, Klementhro - or Климентро, or Climentro, as I guess the word I made up translates to - will screen alongside a couple of personal favourites such as Love (Réka Bucsi) and Negative Space (Tiny Inventions) this Saturday, March 3rd, 8:40pm at the Spartak cinema in Voronezh.
Later in the month the programme will take place in Krasnoyarsk at the House of Cinema on March 23rd, 9pm and Nizhny Novgorod at the National Centre for Contemporary Arts on March 30th, 4pm. Head on over to the festival's official site and Facebook page for more specific event info. Other screenings that will be featured in the tour also include tremendous recent work by Niki Lindroth Von Bahr (The Burden), Britt Raes (Catherine), Nicolas Ménard (Wednesday With Goddard), Sean Buckelew (Lovestreams), Chintis Lundgren (Life with Herman H. Rott), Diane Obomsawin (I Like Girls), Anna Ginsburg (Material World),  as well as some modern classics from Kirsten Lepore (Bottle) and Tim Reckart (Head Over Heels). So if you're in the area be sure to check it out, 'cause if you miss out on a line-up like that then, frankly, you don't deserve nice things.
Not to be aggressive about it.
Posted by Struwwelpeter at 11:01 No comments:

Evenin' all!
So from what I gather the entire country has ground to a halt due to the onslaught of what may turn out to be literally centimeters of snow. Crikey, let's just do our best to keep it together, gang.
As a Canadian who has known the joy of icicles on my eyeballs I find it quite adorbs (but, y'know, stay safe on the roads and all). Hopefully you're all bundled up somewhere warm with someone you enjoy being warmly bundled up with. While you're a-bundlin' you can take a look at the new 1080p HD version of my 2010 film The Naughty List.
This was on my to-do list for a little while (the most highly-defined it's been in the past is 720p) so what with today being a snow-day I figured I may as well knock it on the head. With nearly eight years' distance between then and now all I can see is the high-definition of some extremely questionable line-work. That being said, there are some moments in it I'm still proud of.
Also worth mentioning that today is World Book Day, so why not bow to the pressure of the arbitrary assignment of a time of year to the concept of literature by picking up one of those delightful tomes you can see to the right of the page. You have to switch to web mode if you're reading this on your phone to know what I'm talking about.
I know, it's a lot of work. Fine, forget I brought it up.
You people.
Posted by Struwwelpeter at 11:26 No comments: