Little November round-up for y'all

I've recently finished jury duties (Animated Series and Animated Films for Children) at Russia's Big Cartoon Festival. This is an event that gave Klementhro a lot of love over the years and it's been great to be involved in a new capacity alongside Irene Sparr and Alexey Alekseev. Main awards for Animated Series went to the exceptional Bluey (Under-12s) and Elliott From Earth (Over-12s) with special mentions to Kiri & Lou and The Story of a Word respectively. Best Animated Film went to Guillaume Lorin's wonderful Vanille with a special mention for Louis' Shoes by Théo Jamin, Kayu Leung, Marion Philippe and Jean-Géraud Blanc.

Elsewhere in the Big Cartoon Festival programme is Laura-Beth's BBC Arts short film The Gift, which is in the special midnight ТОЛЬКО ДЛЯ ЖЕНЩИН (Women Only) programme which will play online November 6th, 7th and 8th. 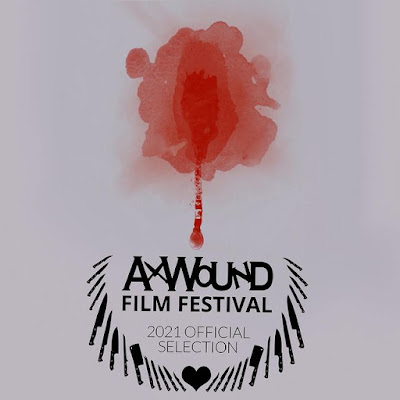 The Gift will also be getting itself a screening at the Ax Wound Film Festival, an event focused on horror written/directed by women and non-binary filmmakers (also winner of best festival name since the invention of festivals). This will be an online event going from December 10th-19th, will pop up updates and specifics if I get 'em but in the meantime keep an eye on their socials. I'm pretty confident it'll be a fun one.

Lastly, Speed will be shown as part of Cardiff Animation Festival's series of in-person screenings of their online 2020 program they've been rolling out since things opened up a bit. If you can make it to the Chapter Arts Centre at 4:30pm on November 21st be sure to check out Shorts 3: Heart to see the film alongside some other great work.

Speaking o' work, I have a metric s**t-ton of it to get through so I'd best wrap this up. Stay warm, folks.

Posted by Struwwelpeter at 14:00 No comments: