Like most Canadians with dignity and self-regard, I'm still reeling from the tragic news of Pauline Marois bowing out. Always a sad day when you see the back of level-headed charmers like her.
While one of the low points of my recent Montreal visit was learning just how terrifying the degree to which certain brands of separatist nonsense had been tolerated, it did remind me that my actual reason for being there was to focus on the more positive state of the arts over there. The initial plan was to put together a Skwigly documentary on the National Film Board of Canada based on their proposed 2014 animation output, but in the intervening four months some of their plans have been shuffled around a bit, so I'm currently rethinking the best way to get the footage out there. As a number of their upcoming films are now all set to debut months apart I'm thinking something more episodic and filmmaker-specific would best suit, so stay tuned. 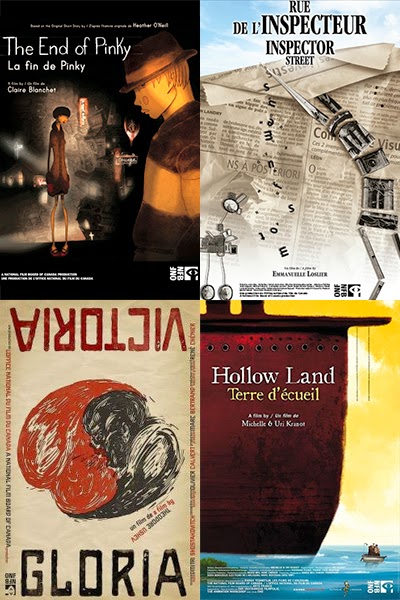 In the meantime some of the written NFB director interviews are already up, such as Claire Blanchet who directed the fabulous film noir short The End of Pinky, adapted from a short story by Heather o'Neill and which uses 3D stereoscopy to amazing effect; As well as fellow up-and-comer Emmanuelle Loslier, whose own short Inspector Street evokes the surreal humour of Jan Svankmajer, Walerian Borowczyk and PES, amongst others. I also teamed up with Laura-Beth for an interview with Theodore Ushev on his fabulous Gloria Victoria, the final installment in his 20th Century Trilogy, and got a chance to speak with Michelle Kranot, co-director of the fabulous Hollow Land, a story of misjudged assimilation which marries 2D theory with stop-motion puppets. 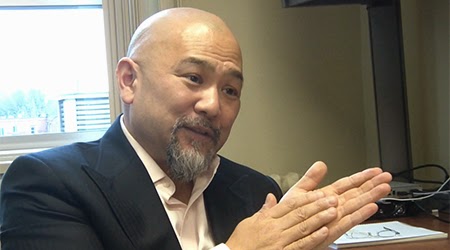 Most recently is an exclusive chat with current NFB Executive Producer Michael Fukushima, a supremely friendly and well-dressed fellow who I feel very privileged to have gotten some time with. There are many more similar interviews in the chamber which will hopefully be up soon, not to mention part two of our 2013 Festival Special which is sitting in After Effects, ready to be rendered out. I'm just waiting on some final permissions for footage so knock wood it won't be much longer. 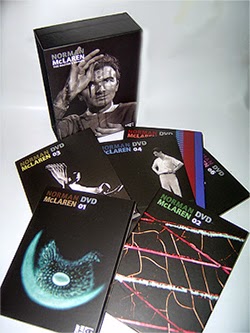 Lastly, for all you consumers out there who, much like myself, still have that lingering impulse to keep your cultural interests on display in big lovely boxes, I've put up a review of the NFB's spectacular DVD set Norman McLaren: The Master's Edition which puts together seven discs' worth of films and documentaries. The set's a few years old now but given that April is the kick-off month of numerous McLaren centenary celebrations it seemed worth a nod.
Posted by Struwwelpeter at 08:17 No comments: