And we made it to 2019. Go us.
While 2018 was a very positive year for work and creative endeavours, in the real world we had a barrage of sadnesses to deal with that all came to a head in December. Such is life and its strange, at times arbitrarily cruel ways. Needless to say I am in awe of my wife, whose incomparable beauty in body and soul is matched by immeasurable selflessness under the hardest of circumstances. Would that we should all be so lucky to have such people in our lives and be better in ourselves as a consequence; maybe the world would be less streaked with the impotent rage and entitlement and fear that seems to be driving us forward these days.
Ultimately right now I'm in a bit of a bubble where most of the stuff I write about on here (chiefly the podcastey/cartooney stuff), seems especially frivolous and my energy to accompany news updates with not-especially-pithy asides is pretty much nil. But I do continue to have enormous gratitude and respect for the arts festivals and magazine/podcast guests that give me their time, not to mention my employers and students, and so for the next little while I'll try and keep this site updated when I can, but if it seems a little more dry and methodical than usual, well, this is why. That was a long, clunky sentence. 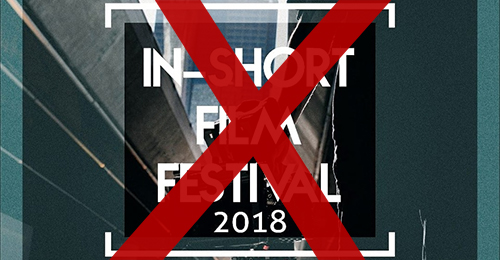 Firstly a little correction, last month I mentioned that the In-Short Film Festival based in Lagos (not to be confused with the near-identically-named InShort Film Festival) had selected Sunscapades to screen although the info they supplied was a little vague. Suspicions proved valid as it turns out they had been telling everyone who was preselected (possibly everyone who submitted) that their work had gone through so that they would spread awareness of the festival and boost its social media presence. Be it an innocent mistake or deliberate chicanery it's pretty poor form either way so I'd flag this event as one to avoid in future. Even this many years in I still occasionally learn lessons about being more discerning in which festivals to submit to and I guess this was one of those occasions.

Fortunately there are some more reputable events that Sunscapades will be involved with this month. Firstly I'm really pleased to again be part of the London Short Film Festival following Klementhro's inclusion back in 2017. This time around I'll be part of the New Shorts: Animation Variety Showcase on Sunday January 13th, 4pm at the Regent Street Cinema.

Then for the film's German debut another festival to have previously included Klementhro is the British Shorts Film Festival based in Berlin. They'll be screening Sunscapades in Festival Screening #3 at the Sputnik Kino on Friday January 18th at 11pm.

The following night the film sees its Belgian premiere at the Brussels Independent Short Film Festival: Courts Mais Trash in their Unclassifiables 2 section. This one will be at 7:30pm at Les Riches-Claires.
And that's it for now. Be excellent to each other, my friends.
Posted by Struwwelpeter at 05:26 No comments: