Here's the cover art for the second book of the trilogised "Throat" series. The proposed title is "Manageable Unease". 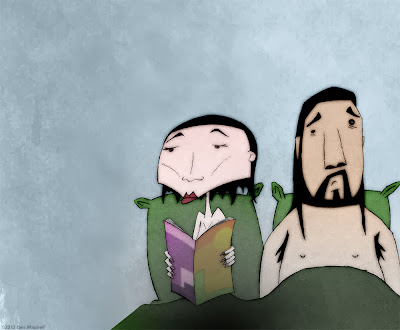 As I mentioned here when Book 1 was released, the hope was for this to have come out back in February, but now it's looking more like October/November. I'm not even going to begin to speculate when Book 3 will be released - as they say, if you want to make God laugh, tell him your plans. Except in this case replace 'God' with 'subsidiary distributor with own, inscrutable marketing agenda'.
Posted by Struwwelpeter at 17:44 No comments: 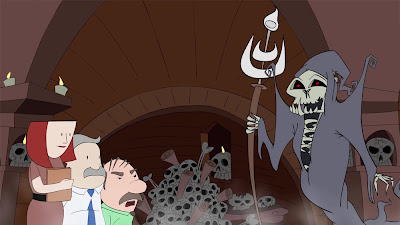 At the end of last week the fine folks at HuHa discreetly put up "Fantasy Office" episode 3, following on from episode 2 back in May. While I did the animation for both, this one features a few characters from episode 1 which was designed by another chap, so I've attempted to bring the two styles together.

This one was written by Joel Jessup (apparently the credits at the end are wrong) and got some nice feedback over the weekend. Personally I found it quite satisfying as lip-sync on a skeleton is a f***ing breeze. Here are a couple of new character sketches: 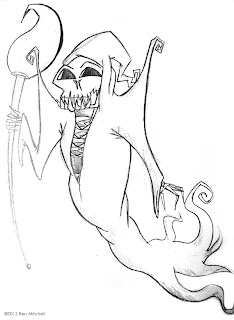 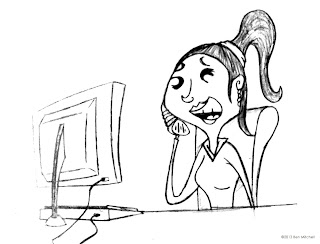 As always I was up against it so the backgrounds were a bit rushed, that being said I'm quite happy with the crypt one: 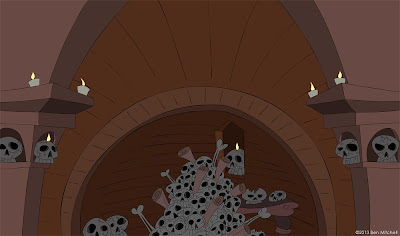 Okay, that'll do for now. Frankly I've spoiled you enough as it is.
Posted by Struwwelpeter at 13:37 No comments: