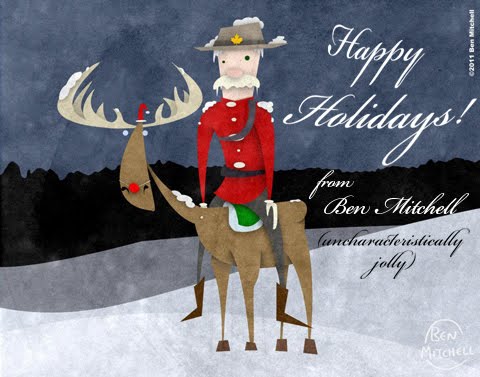 Posted by Struwwelpeter at 08:24 No comments:

Have a highly-defined Christmas, everybody!

While I imagine the expiry date on being allowed to pimp my seasonal animated short "The Naughty List" will be up by this time next year, I'm giving it one last gasp. From now on (either until the new year or possibly forever, depending on how well it goes down) the complete, unedited version of the film is available to watch in full 1080p HD. "Ooh" and, I'll hasten to add, "Aah".
Rather apt as the HD thing kind of plays a part in the story, also in consideration of my peers you can now see all the inconsistencies in the line work that SD went some way toward covering up.

Please watch it/share it/'like' it etc as you all see fit. Plus if you're a Vimeo member you can download the full-res file and keep it forever and ever! It's a not-entirely-selfless act of holiday benevolence on my part.
Goodwill to all!
Posted by Struwwelpeter at 10:18 No comments:

As the hectic holiday season has officially engulfed us, I am falling behind in certain areas, like keeping this blog up to date, for one. Rest easy, readers of this newfangled internet, for come the new year I may well be back on form and taking forever to say absolutely nothing of value like I usually do. While I have some time waiting on a flight that'll propel me away from this island for the holidays, I’ll quickly knock out some Christmassy chunks of good news: Firstly, Canal+ have added another handful of broadcast slots for “The Naughty List” over the holiday season, you can head on over to the channel website for full listings.

Secondly, said tale of seasonal disenchantment will be screening in Italy alongside “Ground Running” as part of the Skepto International Film Festival’s pre-fest event tomorrow at Cagliari's Hostel Marina (7:30pm for pantsless Santa, 9:30pm for pantsless baby…I’m starting to pick up on a recurring theme in my work).

Lastly, “The Naughty List” will also be getting its first – and possibly only – screening of 2012 next month at the Short Soup International Short Film Festival in Sydney, Australia. As part of Movies By The Boulevard, a series of outdoor film screenings at Sydney Olympic Park that runs through January, my film's in Short Soup’s ‘Dessert’ section which begins at 10:25pm on Sunday 22nd. So, if you find yourselves feeling any post-holiday melancholia, head on over there and cheer yourselves up. Granted, for those of you who don’t actually live in Australia, the incurred travel expense may depress you further, in which case you may just want to pick up a batch of reduced-price mince pies instead.
Posted by Struwwelpeter at 16:20 No comments: 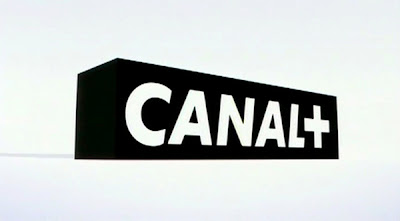 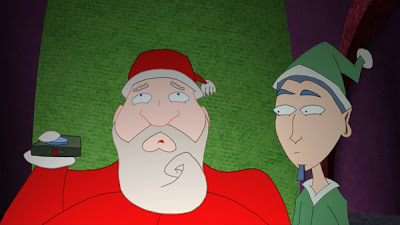 "I guess they let any old crap on TV these days..."
Posted by Struwwelpeter at 02:30 No comments: