I really hate coming up with names for these updates. I think I'm just going to call them all 'Update' from now on. 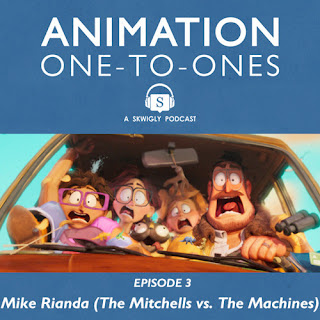 In the latest episode of our new Skwigly podcast/video series Animation One-To-Ones Laura-Beth meets Mike Rianda, writer/director of the new Netflix film The Mitchells vs. The Machines. If it hasn't come across your radar yet I'd recommend this as definitely being among the better animated features of the year. You can download the podcast here or watch below:

If you haven't caught the previous episodes of Animation One-To-Ones be sure to take a peek at Steve's interviews with Erick Oh and BAFTA-winner Maryam Mohajer. There's a bunch more to come so why not go ahead and subscribe to our YouTube channel to not miss out.

Some festival news - as hoped, Montreal's Sommets du Cinéma d'Animation will be holding physical screenings for their online 2020 programme (that included Speed) now that restrictions are easing off over there. The film remains part of the International Competition of Very Short Films screening that takes place at 7pm on Monday May 17th and then again at 7pm on Sunday May 23rd. As there is limited capacity both screenings will take place simultaneously in the Salle de projection principale and Salle Fernand-Seguin at the Cinémathèque québécoise. 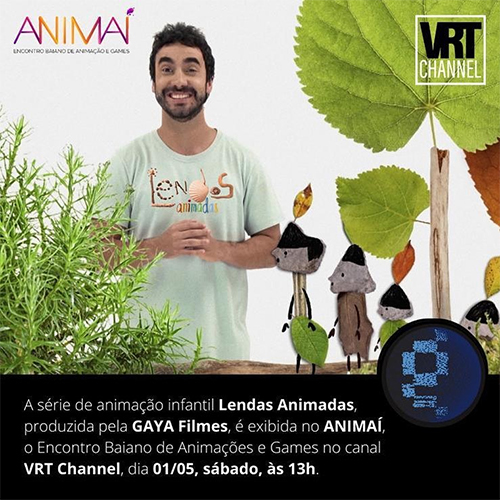 Lastly the Brazilian preschool series Lendas Animadas on which Laura-Beth and I animated is going to be broadcast as part of ANIMAÍ on the Brazilian channel VRT from tomorrow (May 1st) 1pm. Four episodes will be viewable internationally until May 8th via Nordestina Play including Laura-Beth's Iemanjá - A Rainha do Mar and two I worked on - Maní - A Lenda da Mandioca and O Jabuti e a Fruta. There's no English language translation as far as I can tell so be sure to brush up on your Portuguese.

Posted by Struwwelpeter at 11:59 No comments: 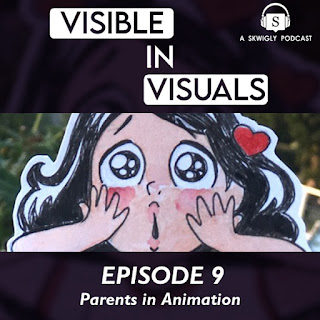 This week sees a new episode of Visible In Visuals in which previous panelist Steff Lee chairs an informative and enlightening discussion on what it is like to be a parent working in animation, with topics that include coping as new parents, balancing work and family life and how the industry responds to parenthood. The panel features Emma Fernando, Jim le Fevre, Evgenia Golubeva, Myles McLeod, Robert Nelson, Marcia Rojas and Rachel Thorn - check it out below or download here.

If that hasn't fully whetted your appetite for insightful content we've also instigated Animation One-To-Ones, a new video/podcast strand that will be more interview-focused in the vein of some of our earlier podcast minisodes, kicking off with a chat with Oscar-nominated Erick Oh, director of Opera. There's a bunch more already in the chamber so be sure to subscribe to both our podcast feed wherever you get your podcasts as well as our YouTube channel to keep abreast of whenever these go up. 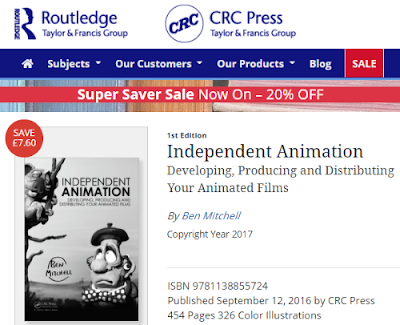 If you'd rather just curl up with a book then some news that's sure to make you vibrate with glee is that my book Independent Animation: Developing, Producing and Distributing Your Animated Films - 450+ pages of incredible insights from some of the animation scene's best and brightest that's sure to get you all fired up to make your own film and take the world by storm - is on sale this month. If you pick it up directly from Routledge you can get your mitts on it for a chonky 20% off until May 2nd - with free shipping, no less. You can't say we don't treat ya right.

Posted by Struwwelpeter at 07:48 No comments: 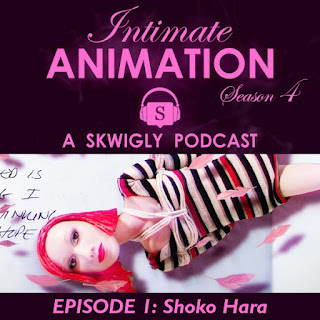 Something to perk you up during this mostly-overcast springtime is the beginning of a brand new season of our podcast series Intimate Animation. In this episode Laura-Beth speaks with sensational director Shoko Hara whose Oscar-longlisted animated documentary Just A Guy, exploring the complex world of women sexually attracted to violent sociopaths (specifically Richard Ramirez), has been doing the rounds at some of the biggest festivals out there as well as our recent Skwigly Screening for Cardiff Animation Nights where it got some tongues wagging.

We also discuss the strangely hypocritical sexual politics of Space Jam 2, curious European IPs such as Monsieur Flap and John Dillermand, new series including Solar Opposites and the return of Big Mouth as well as short films of note from the CAN screening, TAAFI's recent online edition and this year's Annecy official selection. You can stream the full episode above or download here, though if you're tight on time right now here's a little Insta-preview:

If you're in a Skwigly mood you might also want to check out the full interview with recent Nexus signees Haein Kim and Paul Rhodes whose film Peepin was also part of the CAN screening. 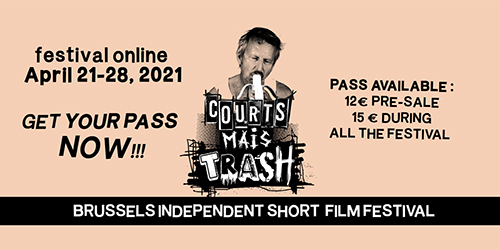 Another update regarding the Brussels Independent Short Film Festival: Courts Mais Trash whose final form will be as an online event and not a hybrid as previously hoped. The dates will be the same (April 21st-28th) and the full programme will be accessible via a super-cheap event pass, unless you live outside of Belgium in which case you'll be able to just see nine out of ten programmes so it's still a good deal. Thankfully Speed is part of the Ouverture screening which can be viewed worldwide, so y'all can breathe a huge sigh of relief on that front.

Speaking of festivals, I'm back on preselection for another edition of the illustrious Encounters Film Festival and it'd be mighty lovely to check out any new fillums you fine fillum-maker folks out there might have in the chamber. I've been fortunate enough to be involved in this particular event as a filmmaker, journalist, event host and curator (not all at once...well, sometimes a couple of those at once) and it's always a blast, so you could do a damn sight worse than checking out their call for entries. Incidentally you can watch my specially-filmed introduction to Speed's inclusion in last year's edition; it's sure to answer any burning questions you may have about the film:

Posted by Struwwelpeter at 07:00 No comments: