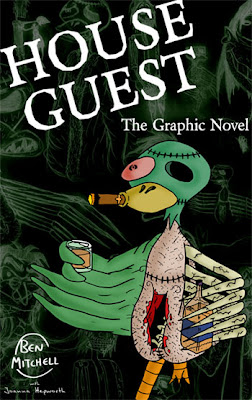 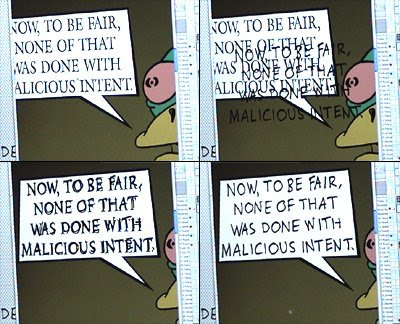 She also took the time to pen the afterword for the book, as I had one page going spare and wanted to give potential readers a break from my own ramblings.
At any rate, I'm very happy and excited and will hopefully be able to reach another audience with the story now that it's a comic as well as a film.
You can check it out on Lulu by clicking here.
It's available as a standard paperback, or you can buy a digital download version if you're into the environment - plus, hey, it's cheaper.
Posted by Struwwelpeter at 21:10 No comments:

So, since the last post Adam Carolla's doing just fine - his podcast is already #1.
Much as I admire the guy (and I really do), any concern for his fate would have been banished to the back of my mind when I read this today:
Faith No More to reunite for European Tour
It was as though somebody were playing a mean-spirited jape on my person. Et tu, Guardian? So I hunted out the story on other sites to corroborate it. Amongst my findings was this:
Faith No More Bassist Talks Reunion, Reveals Lineup
From Bill Gould's mouth. I'm stunned. The one thing that was guaranteed to never, ever happen in my lifetime has happened. 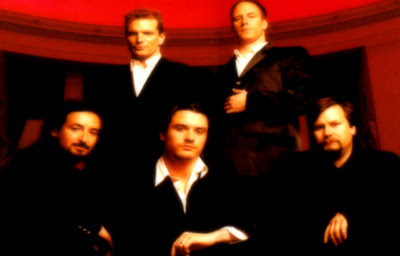 Faith No More are back together.
There is now a chance that the remorse I've carried for the last decade, having never gotten to see them live (they split when I was 14), might be eschewed.
There's a chance I'll get to see Faith No More live.
Faith No More. Faith No fucking More.
Just to let the world know, if you have any bad news for me that you've been sitting on, now would be the time to tell me. Because I'm so beyond elated you could be screwing all my exes at the same time and I'd just be inclined to give you a hug. 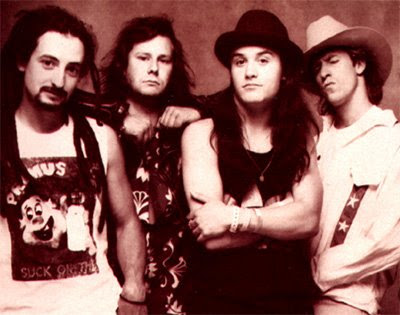 Faith No More. Did not see that one coming.
Posted by Struwwelpeter at 17:39 No comments:

The radio station KLSX has switched formats and, as a consequence, dropped all its talk shows. This includes the Adam Carolla Show, which I listened to on a pretty much constant basis while working on ‘House Guest’. Once the film was done I even called in to thank them personally for unknowingly helping me with the MA.
Carolla has already set up his own podcast which I’m sure will do well, but I’m still a little sad to see the show go.
Here’s a little highlight that always makes me smile:

So, to the Ace Man, Bald Bryan and Teresa - mahalo.
Posted by Struwwelpeter at 09:25 No comments:

At the risk of confusing Sinbad fans... 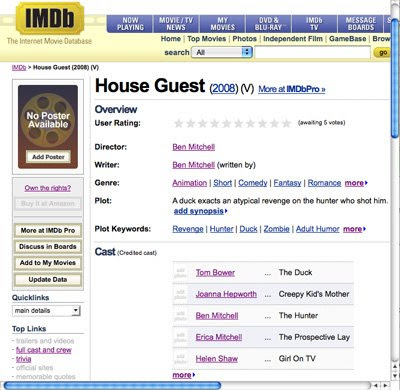 'House Guest', not to be confused with the Sinbad/Phil Hartman chestnut 'Houseguest' (one word) is now listed on IMDB!
Which means...which means...
Well, it doesn't really mean anything. You don't get a lot of action dropping the term 'IMDB' into chat-up lines. Trust me, I've been bar-hopping all night trying it out and I think they mostly assumed it was an abbreviation for some kind of scary STD. But I guess the film's a little more legit in industry terms.
What's quite neat is that by default all my friends whose names appear in the end credits are now listed too. Some are enthusiastic, others have no clue what IMDB even is.
It's a nice contributor to the modest reception the film has received so far. I would say that by mid-2009 I'll have tapped all the prospective festivals for screenings (unless I start going Stateside, most of which have pretty harsh entry fees) and I'll then lay it to rest. It's a good outcome though - this is the first film of this kind I've ever done, and most people's first films never even get seen.
I think, ultimately, my career won't be predicated on 'House Guest' - but it's given me a good kick up the arse in the right direction. 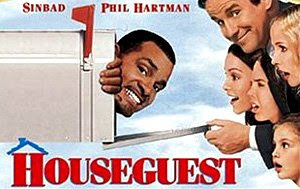 Once again, just to clarify, this one definitely isn't my film. RIP Phil.
Posted by Struwwelpeter at 12:55 No comments:

It’s worth mentioning that next week is Animated Exeter’s 10-year anniversary, and the festival looks like it’ll be a good’un.
Although my film wasn’t eligible for submission (they have a runtime cutoff of 8 minutes and ‘House Guest’ comes in at just under 15) a few friends of mine will be having their films shown on Friday 13th February during the ‘Best Of The West’ competition. From my graduating class I recommend you check out Vibeke Cleaverley’s ‘The Mason’, Sara Barbas’s ‘Wherever You Go, There You Are’, Lucia Morgan’s ‘The Legend of The Bat’ and Michael Rokes’s ‘Bertha & Bruno’. The latter film I did the music for, but I’m rooting for them all equally (in case any of them read this).
Also Sara Barbas (who recently won a Best Portuguese Director award) will be giving a talk on lip sync as part of the festival’s ‘Big Careers Day’ earlier in the afternoon.
If I can gather the scrilla I really hope to be able to make it, as in addition to these there are several other noteworthy screenings, including ‘The BAFTA Event’ featuring work by film-makers such as Nick Park and the Brothers McLeod.
More info is, naturally, on the official website.
Posted by Struwwelpeter at 09:45 1 comment:

Just a quick entry to draw your attention to some YouTube loveliness. This was animated by Jo Hepworth (my main assistant on 'House Guest' and all-around standup gal) for the 10-second competition I mentioned previously. Said competition was delayed and as yet still hasn't been rescheduled, but if it ever is then I reckon this'd be a strong contender. I think it's pretty cute:

Posted by Struwwelpeter at 07:40 No comments: