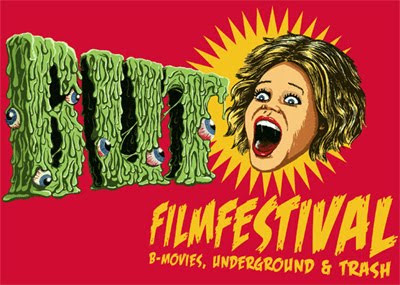 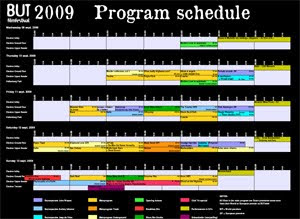 Posted by Struwwelpeter at 08:23 No comments:

I thought it was just called Bosnia. I always sucked at geography. 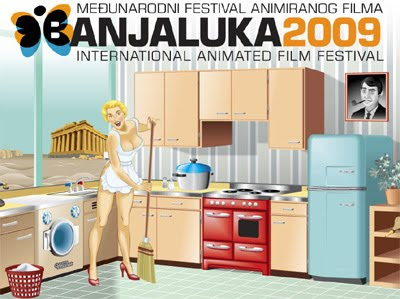 'House Guest' has made the official selection for Banjaluka 2009 International Animated Festival in Bosnia & Herzegovina. The festival is scheduled to take place October 22nd-27th. Much love to Banja Luka for the inclusion.
More info (exact date/time etc) to follow.
Posted by Struwwelpeter at 07:51 No comments: 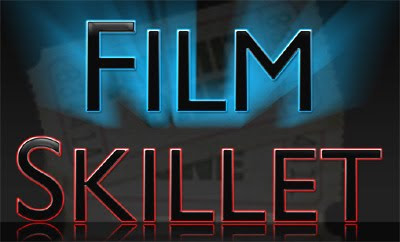 More good news in regard to my zombie duck's gradual world takeover, 'House Guest' is one of the films included as part of the Film Skillet International Film Contest. I'm very excited as it's a great opportunity for the film to be viewed by a potentially large online audience, and getting it seen is really what I'm after. That being said, I'm not above admitting that two boxes of ziti wouldn't be a tremendous help in these lean times.
It's a pretty standard process, the general public and filmmakers/producers alike can cast a vote per category (comedy, drama, documentary and, in my case, animation). I don't want to rally votes here, but I'd encourage everyone to check the whole contest out as a lot of the other films are pretty decent and you'll have a jolly old time watching some free entertainment if you visit the site. To vote I think you need to register, but it takes no time at all, is completely free and it's a great means of networking with other filmmakers and producers.
Watch 'House Guest' online!
Posted by Struwwelpeter at 09:52 No comments: 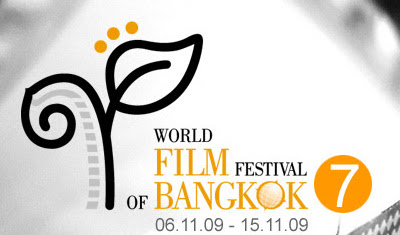 The duck goes to Thailand next, with 'House Guest' being selected for the 7th edition of the World Film Festival of Bangkok this November. This is probably the most advanced notice I've ever been given of any festival inclusion and as a consequence there's not much published in regards to exact times, venues or dates just yet. But the website is here and shan't be going anywhere for a while I'd imagine.
Many thanks to festival director Victor Silakong for the opportunity. Now I'm off to whip up some Thai duck curry in celebration.
Posted by Struwwelpeter at 08:09 No comments:

Just to follow up on some of the recent festival news, I now have dates and times for when each one will be showing ‘House Guest’. I figured that, rather than post a separate entry for each one as I found out, it’d be better to just go through them in one post. Excessive blogging is very wasteful to the environment, doncha know…

Fresh Film Fest will include the film as part of their ‘Ordinary Madness’ panorama screening at 10:15pm on Friday, August 14th. More info here.

The Monterrey International Film Festival screens ‘El Invitado’ at 6:30pm on Saturday 22nd, at 9pm on Tuesday 25th and at 4pm on Thurday 27th. All screenings are at the MM Cinemas Leones, screen 8.
Among the other films included is a personal favourite of mine, ‘Our Wonderful Nature’ by Tomer Eshed. If you can’t make the festival I’d recommend you go ahead and watch it on Youtube. It puts the kibosh on any possibility of ‘House Guest’ winning a prize, but it cracks me up regardless. This is the kind of film I’d love to be able to do a few years down the line. 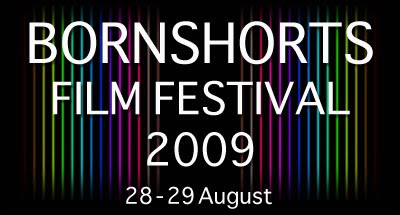 At BornShorts in Denmark, the film is being shown at The Old Mill on friday 28th. The screening starts at noon, for further info and a complete schedule go here. 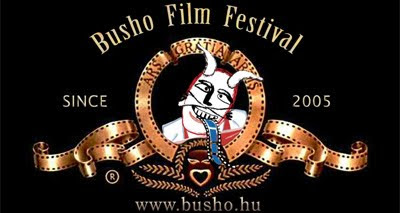 At the Busho Film Festival ‘House Guest’ will be screening as part of their Informational Screenings throughout the festival, 2nd-4th September. Truth be told I’m a little unclear as to how this will be presented, but the festival can be contacted at their website for more info.
Posted by Struwwelpeter at 15:49 No comments:

I'm not going blind. Which is nice...

I visited the eye hospital this week and was finally given the name of a visual condition I've experienced for the last four years or so. It's a type of entoptic phenomenon and is apparently quite common. I'd venture to dispute that, as in four years no doctor has ever been able to give me an explanation until this week (and I'm pretty sure the guy I saw only knew because he experiences it himself). Essentially I can see the billions of blood vessels traveling through my eyeballs when looking at brightly-lit areas, like the sky during the day or a computer monitor turned all the way up. It's one of several inner-eye visuals I am aware of, including the always creepy Purkinje Tree and vitreous floaters. Generally these aren't noticeable, or at worst nothing that sunglasses can't take the edge off. On overcast days, though, they all combine and it can be a bit like walking around in a shook-up snow-globe. 'Rosebud', yo.
The reason I'm babbling about this all is that I was initially misdiagnosed as having a degenerative condition of the optic nerve that would have led to blindness by my thirties. I never really bought into this as the symptoms didn't quite match up, but it's still a huge relief to get confirmation that what I have is, in itself, harmless. Sometimes you don't acknowledge just how much things can gnaw at you until you don't have to worry about them anymore.
So, with my vision intact (knock wood next month's Glaucoma test will be clear) I'm able to carry on boring the world with more blog entries and animation-ey crap.
Here are some follow-up sketches for the retro-style music video I'm working on, including the earlier character designs put together with textures. It really makes a lot of difference in terms of creating a faux-cutout look: 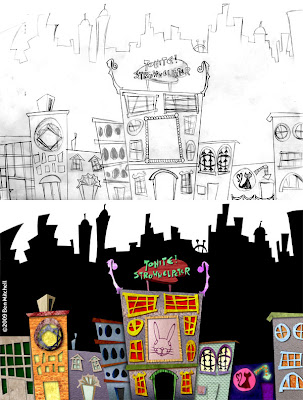 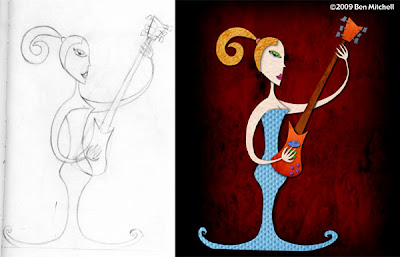 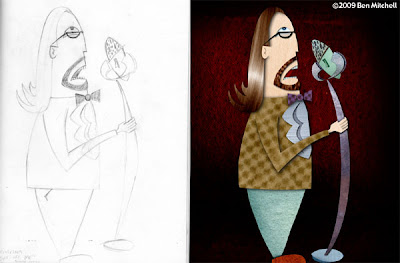 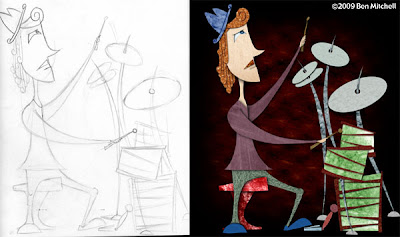 To end with, here's a quickie After Effects test to see how the Photoshop characters might work in a moving environment with visual effects. For this test the motion is very random and not indicative of the way things will look in the end, but with more attention to detail in that regard I think that there's some promise.
Hopefully you haven't clawed your eyes out.
Posted by Struwwelpeter at 12:32 No comments:

Labels: after effects, character design, entoptic phenomenon, Get Off Me, music video, struwwelpeter 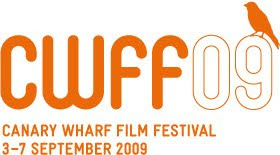 Sophie Klevenow's film 'Noesis' (for which I did some work on the sound mixing and mastering) is playing at this year's Canary Wharf Film Festival. It's part of the Mix:UK screening, which runs every day of the festival (3rd-7th September). Times vary, so best to check out the website for details. It's a great film, very Robert Morgan/Quay Brothers-esque and I'm glad I was able to get involved with it. I'm hoping to be at the festival on the 3rd, from the trailer it looks pretty interesting. 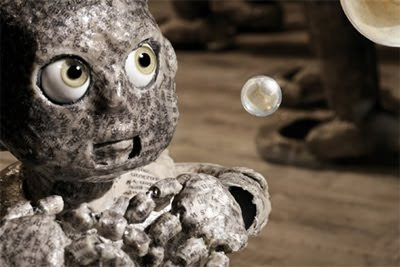 For more info on the film have a look at the 'Noesis' website.
Posted by Struwwelpeter at 07:39 No comments: