“To beginnings…and endings. And the wisdom to know the difference.” 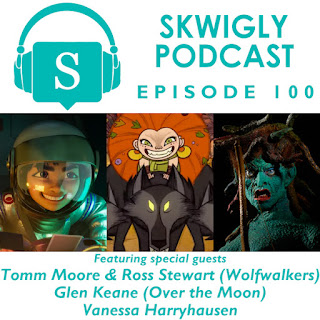 Something of a Skwigly milestone this week with the release of our landmark 100th episode of the Skwigly Animation Podcast.

Fittingly enough it's a guest roster of heavy-hitters as we welcome back Tomm Moore and meet Ross Stewart of Cartoon Saloon, directors of the stunning new feature film Wolfwalkers that is released in cinemas from October 26th and will be available on Apple TV+ from December 11th. I was lucky enough to get snuck in to a screening of this one at the BFI London Film Festival a couple weeks back and it's absolutely gorgeous, so be sure to give it some love.

We also welcome back previous podcast guest and Oscar-winner Glen Keane to discuss his new CG feature Over the Moon, released today on Netflix, as well as Vanessa Harryhausen, daughter of the legendary Ray Harryhausen and author of the new book Ray Harryhausen: Titan of Cinema that  accompanies the exhibition of the same name.

Also discussed in this episode: The evolution of digital film festivals from our various perspectives as programmers, attendees and filmmakers, upcoming highlights from Manchester Animation Festival and Cardiff Animation Festival, the arbitrary furore of Disney’s updated content warnings and the site-breaking popularity of Vivziepop – plus we read out messages from the Skwigly audience, having desperately solicited approval.

Producing and hosting this series alongside our various other podcast strands (if you add them all up the full tally is 190 episodes) has been an enormously gratifying ongoing project over the years, one that has not only granted me time with some of my biggest personal inspirations but also forged strong relationships with some of the animation industry's most important organisations and events.

In an ideal world it would go on forever but the inconvenient reality is that the kind of free time I had available back when it started over eight years ago just isn't there anymore, and as it's never been a source of direct income it will have to proceed sporadically, if at all. In truth that's already been the case this past year and nobody's complained, and I have no desire to hang it up outright so I'm just going to roll with the punches. Tentative plan is to have it be a seasonal thing but you never know what circumstances will dictate, especially these days. In the meantime if you have a few pennies you'd be happy to throw our way you can support the site here. But if you don't we still like ya anyways.
Posted by Struwwelpeter at 13:45 No comments: 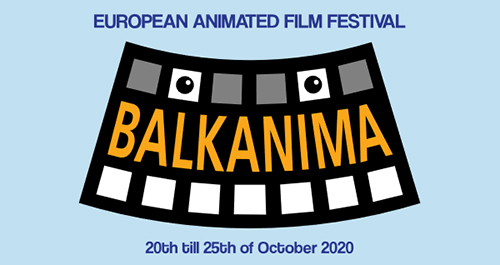 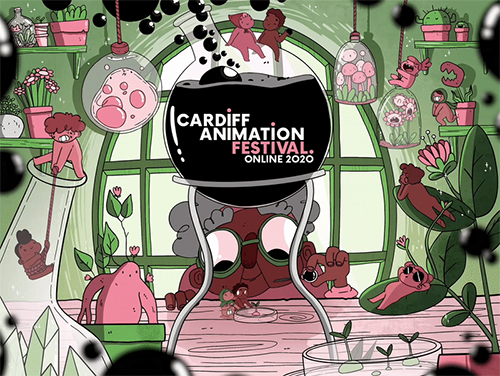 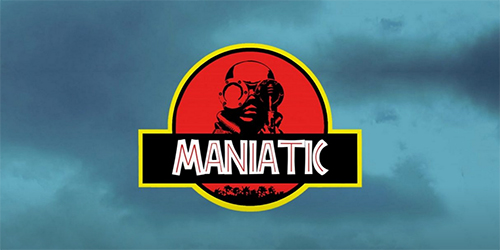 Posted by Struwwelpeter at 16:10 No comments: 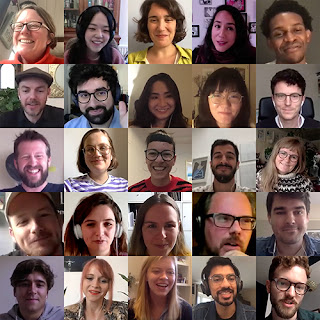 The Encounters Film Festival has wrapped up and, all things, considered, it came together brilliantly. Interface-wise the digital presentation of the festival had the best UX of any I've been able to check out and it was a real pleasure to be able to contribute to the filmmaker Q&A panel hosting. I'm still not sure if there are any plans to release these outside of the festival but either way many thanks to Kieran and the team for having me and to Guy Larsen, Cambria Bailey-Jones, Taha Khan (Cavetown: Green), Henriette Rietz (POSTPARTUM), Natalia Durszewicz (Portrait of a Woman), Guy Charnaux (Nox Insomnia), Chun Chun Chang (Aura), Jiaqi Wang (2.3 x 2.6 x 3.2) , Imge Özbilge, Sine Özbilge (Mosaic), Will Anderson (Betty), Pieter Coudyzer (The Passerby), Anita Killi (Mother Didn’t Know), Emma Lazenby (For Baby’s Sake), Ivyy Chen (Isle of Chair), Catherine Lepage (The Great Malaise), Jim Batt (The Grave of Saint Oran), Daniel Quirke (The Song of A Lost Boy), Russ Etheridge (Armstrong), Simone Giampaolo (Only a Child), Fiona McLaughlin, Aimée Kirkham Priester (TOT), Ollie Magee (Nod. Wink. Horse.), Camrus Johnson (GRAB MY HAND: A Letter to My Dad) and Andrew Brand (Rex Song) for taking part and sharing their insights.

As well as our respective filmmaker Q&A sessions Laura-Beth Cowley and I were able to participate in a small-scale in-person screening over at the Watershed for the unusually high percentage of Bristol-based filmmakers involved in this year's edition. The festival has uploaded the Q&A sessions (in which myself and Laura-Beth chat about Speed and The Gift respectively) to their Facebook page and you can give them a watch below, if for no other reason than to be awed by the early-seasons-of-Frasier skullet I've unwittingly grown during lockdown.

Posted by Struwwelpeter at 14:56 No comments: 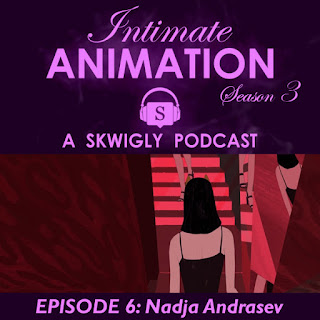 Laura-Beth and I have this week wrapped our third season (in the loose sense of the term) of Intimate Animation, our podcast series on animation that deals with themes of love, relationships and sexuality.

In this episode we meet Nadja Andrasev, whose film Symbiosis tells the story of a betrayed wife investigating her husband’s mistresses who finds her jealousy is gradually replaced by curiosity. Having premiered internationally at last year’s edition of the Annecy festival, the film has gone on to win a multitude of awards including the Zlatko Grgić Award for best first film made outside of an education institution at Animafest Zagreb this month.

Direct download link is here or you can stream below if you please: