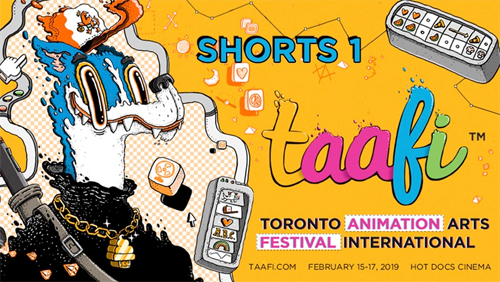 Something I neglected to mention earlier but worth posting is that the lovely folks over at The New Current recently interviewed me about (mainly) Sunscapades during its participation in the British Shorts festival in Berlin last month. This is the same outlet that interviewed me for the 2018 edition of the festival when Klementhro was involved, although it appears that they've removed that year's coverage from their site (so you can read the older interview here instead).
Posted by Struwwelpeter at 00:35 No comments:

After a busy couple of months I think things will be slowing down for Sunscapades on the festivals front for the next little bit. Personal priorities were reshuffled and since August I haven't been as proactive when it comes to submissions, but I plan to do one more burst this year before I call it a day.

This month there's only one festival lined up but it's a pretty exciting one, the Vancouver Just For Laughs Film Festival that runs from the 14th-23rd. I have a lot of fond memories of Just For Laughs from over the years (mainly meeting Chip) so this is a pretty special one to get to be involved with. It also puts the film in the running to potentially screen at the Montreal edition in the summer which would be a nice bonus, so fingers crossed there. 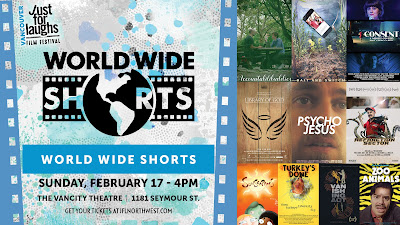 Sunscapades will play on Sunday February 17th in their World Wide Shorts screening at the Vancity Theatre. The overall line-up for the festival looks great, with Dave Attell, Michelle Wolf, Matteo Lane, Seth Rogan, Fred Armisen and many more on the bill so rest assured I'll be stewing in major FOMO while it's going on.
Posted by Struwwelpeter at 10:32 No comments: