That 'monthly roundup' idea didn't pan out, did it?

I've been kinda quiet 'cause, well, shucks, I don't have a whole lot to say these days. I'll rattle off some general updates to keep this site from going into atrophy. 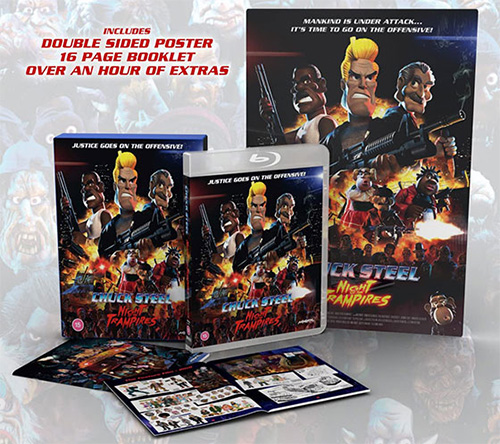 The epic, protracted journey of Chuck Steel: Night of the Trampires has reached its conclusion (some five years after I joined the film's post-production team in its latter months) with a suitably-retro home media release. I don't really buy blurays, except for the occasional animation one, but the sheer strength of craft that went into this is a pretty good justification to pick it up and by some accounts I've read this version looks a little nicer than its streaming alternatives.

Another journey's end worth mentioning is my stint with the fine folks at Shy Guys Studios wrapping up after four-and-a-bit years. It's probably the longest I've been at one place (albeit while juggling a ton of other gigs on the side, as my gluttony for punishment dictates) and it led to some really fun projects including graphics and titles for a bunch of TV shows, animation for educational/health films (the one above was a lot of fun) and my most recent film Speed which managed to tick a few more festival selections off my personal wishlist. As with all the best gigs the real highlight was the people I got to meet through it and I hope we'll manage to work alongside one another again down the line.

Elsewhere the world of Emojitown is growing like gangbusters, having just hit a million followers on its main YouTube channel and over 125k on its more recent TikTok channel. I've been working with WildBrain Spark as a consultant and contributing director/producer on its social media shorts which have accrued a stunning 250+ million views since the end of last year. It's a pretty incredible thing to see this kind of response to a brand new IP, so fingers crossed things continue as it's been a fun world to be a part of and occasionally inject my weirdness into. 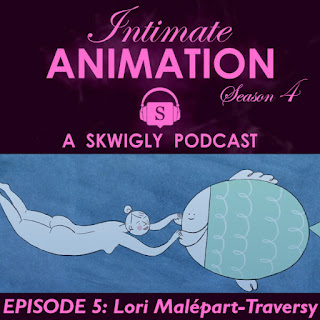 Things are still active and busy over in the land of Skwigly (I certainly post there a lot more than I do here) with some National Film Board of Canada/Annecy coverage highlights including a chat with Métis filmmaker Terril Calder (Meneath: The Hidden Island of Ethics) and conversation with multi-Oscar-nominated duo Amanda Forbis and Wendy Tilby (When the Day Breaks, Wild Life and The Flying Sailor). Also in competition at Annecy is Magical Caresses, an NFB series on demystifying masturbation by Le Clitoris director Lori Malépart-Traversy, who returns to our podcast Intimate Animation to discuss the project. Stream below or download here.

Other coverage to check out includes an interview with Hamish Steele who recently adapted his progressive YA graphic novel series Deadendia into a new Netflix show Dead End: Paranormal Park (some brilliantly talented folks worked on this one), Laura-Beth's interview with Sam O'Leary, who did an incredible job paying tribute to the shit-your-pants-scary animated PSAs of yore in the series 7 finale of Inside No. 9 (cheers to Mr. Shearsmith for the RT), a trifecta of interviews for Autism Awareness Month with Jorge R. Gutiérrez, Dani Bowman and Grainne McGuinness courtesy of writer Martyn Warren and new contributor Ryan Gaur's editorial pieces on streaming vs cinema, the upcoming Futurama reboot and the feature film Lightyear. 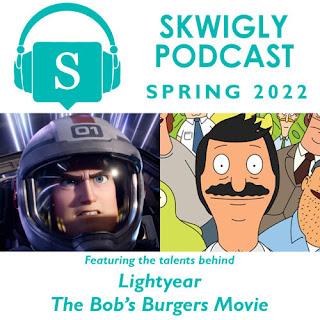 Ryan joins the latest episode of the Skwigly Animation Podcast with a segment interviewing Lightyear director Angus MacLane and producer Galyn Susman. We also feature a chat between Laura-Beth and director/writer Loren Bouchard, co-director Bernard Derriman and co-writer/producer Nora Smith of The Bob's Burgers Movie. Again, it's streamable below and here's your download link, ya lucky so-and-so.


I think that's all the talk-about-ables for now. This summer might see things get a bit less quiet as there are a bunch of project announcements on the horizon, so, y'know, stay mildly alert.

Posted by Struwwelpeter at 06:03 No comments: