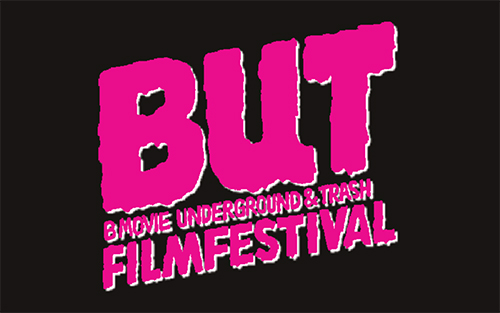 Well hey there, gang. Hope your August has been positively majestic.
Been a quiet spell for Speed but we've got ourselves a couple September screenings comin' up. First up is the 16th edition of Breda's BUT B-Movie, Underground & Trash Film Festival over in the Netherlands. I've always had a soft spot for these folks going back to when they screened my old student short House Guest in 2009; more recently they gave my 2018 gore-fest Sunscapades an airing and it's reassuring to know that, six films in, I'm still pretty trashy. This looks like a hybrid festival and Speed will be part of the Shorts Block 2: Mean Girls with the physical screening taking place September 5th 7:30pm at the Nieuwe Veste arts centre. Alas the online program is only available to locations in the Netherlands, but if you're so geographically blessed you can find out more at their website.

Later in the month will see the 10th anniversary edition of FIFIGROT Festival du Film Grolandais over in in Toulouse, France. Speed can be seen in Au bon moment as part of their Bar-Bars Cine-Bistrot et concert programme on the 24th September 8:30pm at O Bohem. Check out their full programme here. 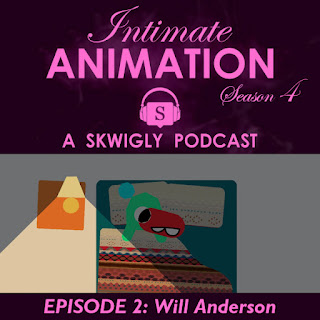 In our latest episode of Intimate Animation Laura-Beth catches up with Will Anderson, whose film Betty was just released online this month following a festival run including screenings at Pictoplasma, Encounters, Animafest Zagreb, GLAS and PÖFF Shorts as well as a BAFTA Scotland win and Scottish Short Film Award at the Glasgow Short Film Festival. As with all of Will's films it's funny and unique as well as being genuinely quite touching. This was one of my favourites of the last couple years and I was privileged to get to screen it as part of Cardiff Animation Nights back in March - definitely give it a watch and have a read of Laura-Beth's longer interview from around this time last year.
Also discussed in this episode: The evolution of Lisa Hanawalt's Tuca and Bertie having moved to Adult Swim for its second season, BlinkInk's E4 miniseries Blind Love on First Date Island, Adeena Grubb's stop-mo short Dating is Shit, Sacha Beely/Strange Beast's animated Gillette spot A Song For Pubes and Diablo Cody's inscrutable “sexying up” of The Powerpuff Girls. Stream above or download 'ere, why doncha? 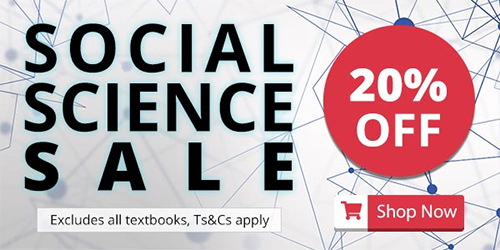 Lastly it's worth a mention that my book Independent Animation is again available to nab at 20% off as part of the publisher's Social Science sale. In fact for the next little while you can whack that discount all the way up to 40% if you enter the promo code X001 at checkout. Not too shabby, eh? You have to buy it from Routledge, mind, but they cover your shipping so why the ever-lovin'-heck wouldn't you?
Posted by Struwwelpeter at 09:09 No comments:

You like films? Of course you do, you're not a creep. In celebration of liking films and not being a creep then, I bring you the news that the Encounters Short Film Festival have unveiled their Official Selection and, having been a little more involved on the animation preselection side of things than usual this time around, I can attest it's a belter of a line-up. Among some of my personal highlights to watch out for are Marine Blin's What Resonates in Silence, Marie Valade's Lolos, Ida Melum's Night of the Living Dread, Renee Zhan's Soft Animals, Marnik Loysen's Brunch, Urška Djukić's Granny's Sexual Life, Michael Cusack's The Better Angels and Franck Dion's Under the Skin, the Bark as well as work by recent Skwigly interviewees Joanna Quinn (Affairs of the Art), Anna Ginsburg (A Love Hate Relationship), Claude Cloutier (Bad Seeds), Cliona Noonan (Wet & Soppy), Michelle Kranot (The Hangman at Home) and Daniel Gray (Hide).

While I had to recuse myself from selecting it personally (although I would've without hesitation or the tiniest pang of guilt) I'm pleased to see that Laura-Beth's new film Crafty Witch will also be among the selection. I did the post-production on this one but it's the brilliant concept and process Laura-Beth came up with, along with some fantastic animation pre-vis from retro whizkid Sam Shaw, that really makes it.

This year's edition of Encounters will take place online through the entire month of September and you can grab your festival passes here. Fingers crossed there may be some physical events also, so watch this space.

Another event I'll be pitching in on is the British Animation Awards which has opened the Call for Entries for its next edition that will take place March 10th 2022. Be sure to get your new work submitted by October 29th if it falls into any of the following categories:

The BAAs will also present their Public Choice category – for which audiences can vote – in the lead-up to the ceremony.

Posted by Struwwelpeter at 11:34 No comments: