Here's another round-up of some recent life drawing I've been persisting with. Some strides have been made as far as shading is concerned, though as you can see I'm still hesitant when it comes to faces. I think if I'm going to make any progress at all I may have to spend a couple of future sessions just focusing on heads alone and try to identify what it is precisely that's putting me off. In the meantime, enjoy yourselves some spookily faceless naked folks: 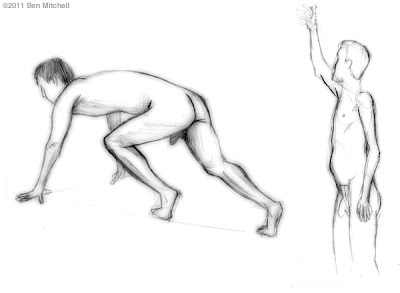 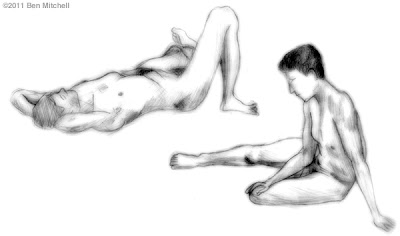 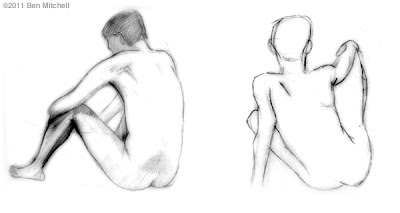 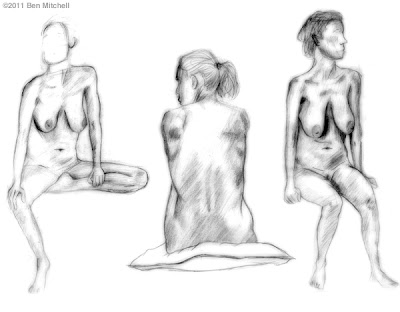 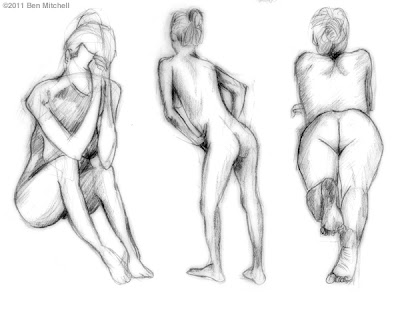 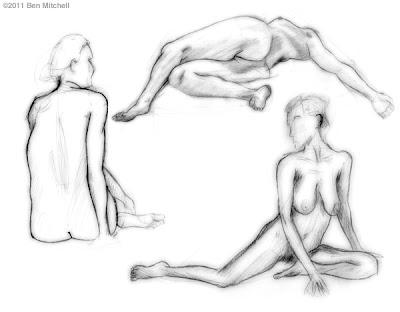 Posted by Struwwelpeter at 18:34 No comments: I probably shouldn't have waited this long to mention it as I think the voting ends in the next couple days, but it's great the have some Canuck exposure all the same. It'll hopefully be in my corner when I finally up sticks and get my ass back over there.
Posted by Struwwelpeter at 16:19 No comments: 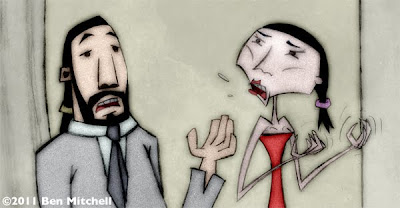 The first of what I hope will be several preview chapters from my forthcoming graphic novel "Throat" is now available to download. This is entirely gratis for not very selfless reasons, and sharing with everyone you know who likes this kind of thing is actively encouraged. 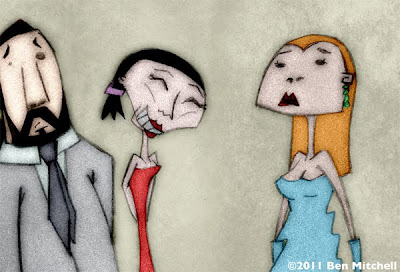 It doesn't give away too much of the story, it more serves as a visual introduction to the style and tone of the book and the world it takes place in. You can download it by clicking the link below: 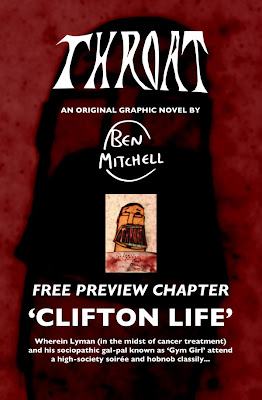 Posted by Struwwelpeter at 21:44 No comments: 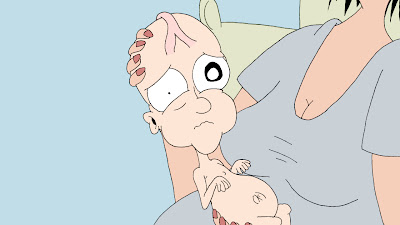 My film "Ground Running" will be shown as part of the Arnolfini animation screening "The Human Condition" which will be at 10am on Thursday November 17th and then repeated at noon on the 19th. Other animators featured as part of the festival include Grant Orchard, Julia Pott, Richard Phelan, Francesca Adams, Sam Morrison, David O'Reilly, Louis Hudson and Mikey Please.
Posted by Struwwelpeter at 19:30 No comments: 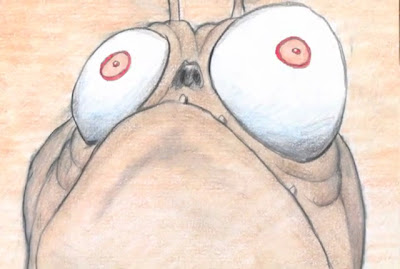 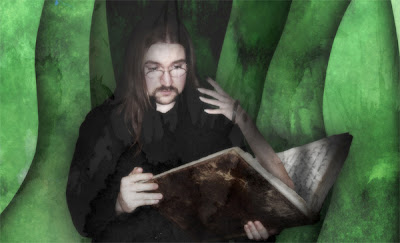 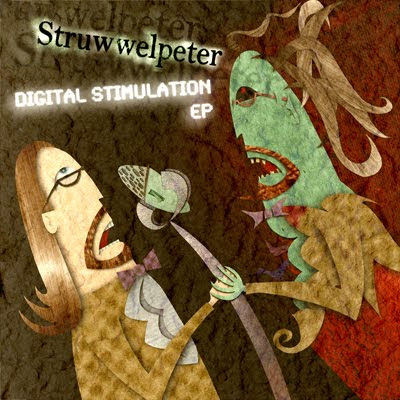 So there ya go, free reading material and free music to distract you when you should be working. I spoil you all.
Posted by Struwwelpeter at 10:31 No comments:

This month is turning out to be a positively cray-cray one for film screenings, starting today at the aforementioned Goden Kuker-Sofia festival where “The Naughty List” is screening at the Arena West Cinema as part of the 1pm Films For Kids competition program “Through The Eyes of a Child”. It’s also part of the Ukrainian touring festival KROK which wraps up on Monday and the German touring festival Film Sharing, which has its final stop on the 21st in Mainz at the Capitol & Palatin, starting at 8:30pm.

I can also confirm that, as well as Berne, it will be part of the Cologne, Cape Town and Vienna editions of the Shnit International Shortfilmfestival as part of "Shnit Animates 1", showing at the following times/places/venues:
•Cologne, Germany
Friday 7th, 9pm Alte Feuerwache 1
Sunday 9th, 2pm Kölner Filmhaus 1
•Cape Town, South Africa
Friday 7th, 4pm Labia 2 (I’ve never been to that particular venue but it sure sounds like a lovely place)
•Vienna, Austria
Thursday 6th, 6pm Burg Kino 2

At the 6th Vilnius Film Shorts, it goes under the mildly scary title “Nepaklusniųjų Sąrašas” in the "International Competition V" at 3:30pm on Friday 14th at the “Skalvijos” Kino Centras and 4pm on Saturday 15th at the Kino Pasaka.

Also on the 15th it’ll be the closing film of the “Männer” section of Emmentaler Filmtage in Switzerland, showing at 2pm, 4:30pm and 9:30pm and the following day (16th, to condescendingly imply that you don’t know what fifteen plus one equals) at 12:30pm, 4pm and 6:45pm – full programme here.

Then on Monday 17th it’s on in Romania at the Comedy Cluj International Film Festival during their 3:30pm Animation screening at the Cinema Florin Piersic, repeated 11am Friday 21st at the Cinema Arta.

Following in the footsteps of “House Guest” back in ’09, it’s up for the Delta Film Award at Manchester’s Festival of Fantastic Films on Saturday 22nd.

A particularly nice bit of news to round off the month is that it will screen alongside my previous film “Ground Running” at FLIP International Animation Festival in Wolverhampton on the morning of the 28th, which just happens to be my birthday. I know, you don’t have to say it: I’m adorable. FLIP was also the first festival (of, I’ll be honest, a lot) to turn down my work and help steel me against the concept of film rejection, so to have two shorts in at this point is quite validating in a cyclical sort of way.
Phew. Okay, that’s enough deplorable self-love for one post. All that’s left is for me to apologise for using the term ‘cray-cray’ in the first sentence: I’m sincerely, profusely sorry. It won’t happen again.
Posted by Struwwelpeter at 19:10 No comments: