Another one of the SuperMe animations I produced for Channel 4/Somethin Else is now online, this one was visually a lot simpler and came together under a pretty tight deadline. It deals with the fairly relatable topic of teenage girls talking nonsense.
I really enjoyed doing the character designs on this one, it's a huge departure from my usual style and it was a lot of fun brainstorming.

Here are some of the original sketches the two girls were picked from: 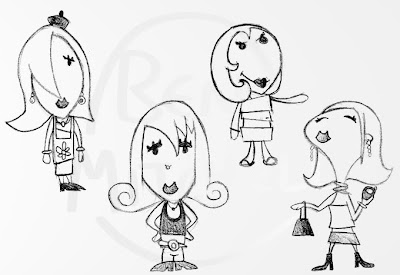 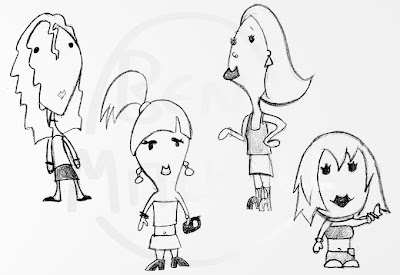 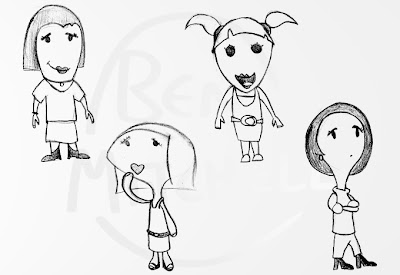 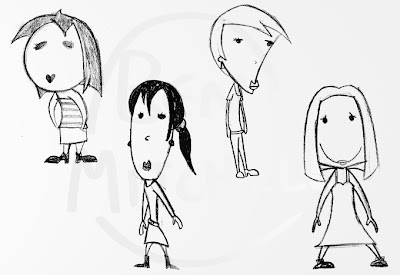 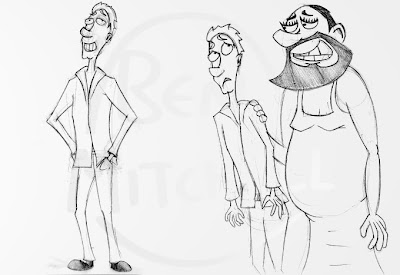 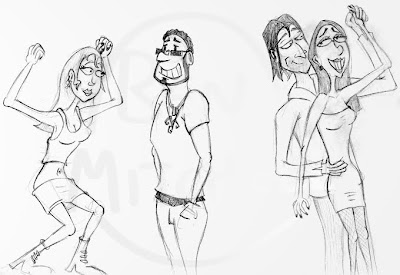 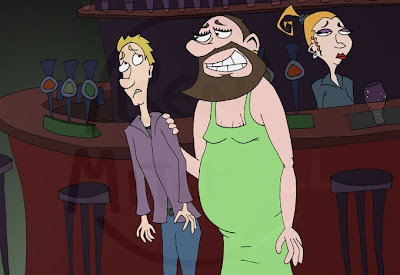 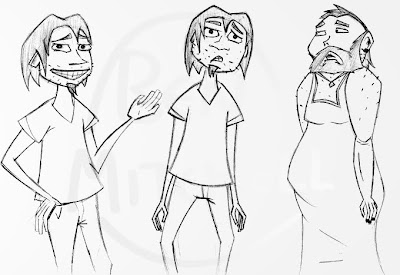 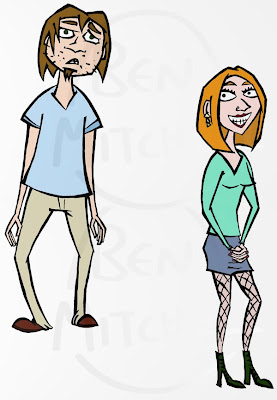 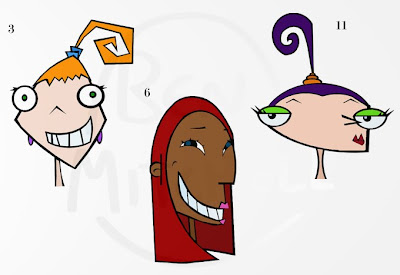 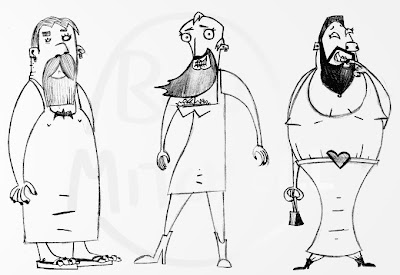 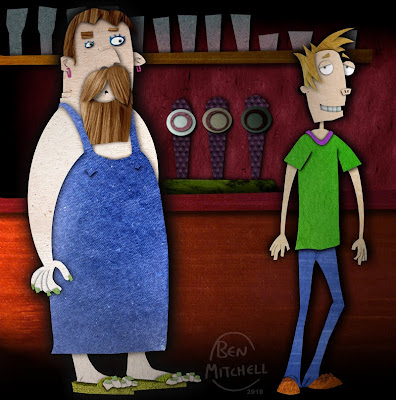 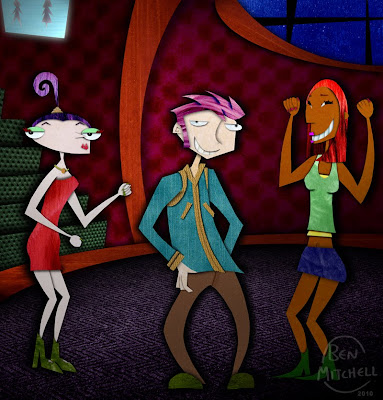 The final animation is now online on YouTube and also as part of the site. Have yourself a look:
Posted by Struwwelpeter at 14:08 No comments: 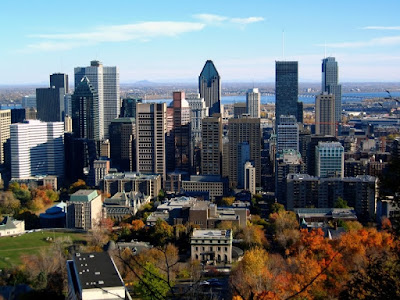 It's a beautiful, sunny day in Montreal, the best city in the world. Yet here I am, alone in a friend's apartment, blogging on her laptop with the curtains drawn. I disgust myself.
Having spent the last week completely away from civilisation, now I'm in the city I'm hurriedly catching up on missed correspondence, work crap and a smattering of early responses to the new film so I can get my ass outside where I'll doubtless stop at the nearest Second Cup (the closest Canuck approximation to a Caffe Nero) and settle in the sunshine. In other words, business as usual.As well as a much-needed break in the country I have a whole mess of Juste Pour Rire shows booked this week, starting last night on an amazing note with Greg Giraldo and 'Opie & Anthony' regulars Li'l Jimmy Norton, Bawby Kelly and the lovable stammering mushmouth Rich Vos. I should elucidate as to why this is relevant - during production of 'The Naughty List' and pretty much every work-from-home commission I've taken on over the last year, I've been listening to O&A nonstop. It's the shit. Nothing takes the edge off having to scan a hundred frames of animation like a good Ramone call, misogynistic Bill Burr rant or some down-to-earth relationship advice from Patrice O'Neal (to my delight both Burr and O'Neal will be playing later in the week, as well as fellow regular Jim Jefferies). Last night also introduced me to Tiffany Haddish, who will hopefully become a big deal very soon as she's genuinely hysterical.Now that I've sufficiently kissed enough arse, it's time to predictably turn the spotlight back on me in yet another abandonment of humility and self-awareness. I'm really very happy to say that 'House Guest' will be getting SEVEN screenings at Anima Mundi, five in Rio and two in Sao Paulo.

It's a real coup. Opening the 'Horror Panarama 2' strand, here are the times and places as copied off the website:
Centro Cultural Correios - Praça Animada
18/07/2010-21:00

I am a happy Canuck.
Posted by Struwwelpeter at 08:19 2 comments:

The Giver In Me 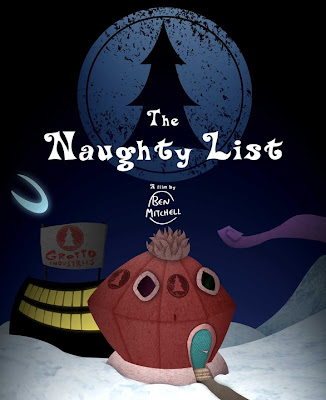 Tomorrow I'll be heading off to Canada for a while to cavort amongst the grizzlies like Timothy Treadwell. So consider this the final chapter on "The Naughty List" unless it gets picked up by some festivals later on down the road. Here's a promotional teaser-clip I slapped together for it:I've fiddled with the edit a bit but it generally represents the film quite well, hopefully it'll leave people wanting to see more of it. The video is up on Vimeo and also Youtube, please circulate it amongst any animationey-geek-type-peeps that might find it interesting.
Bye for now, until I can locate a tree stump in the Laurentians that might have wi-fi.
Posted by Struwwelpeter at 10:06 No comments: