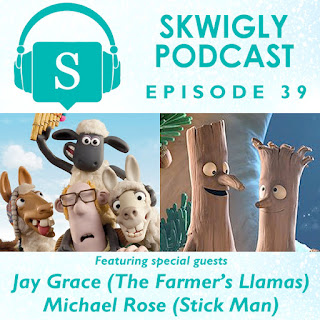 In the latest episode of the Skwigly Animation Podcast we meet Jay Grace, director of Aardman‘s latest Shaun the Sheep special The Farmer’s Llamas (broadcast this Boxing Day), following on from the character’s successful feature film outing earlier in the year.
Also in this episode we welcome back producer Michael Rose (who previously appeared in episode 8 of the podcast) of Magic Light Pictures, whose latest animated adaptation is the holiday special Stick Man (which will air on Xmas) based on the children’s book by Julia Donaldson and Axel Scheffler.
Stream the latest episode below or direct download here.


This is our last episode before Xmas itself but be sure to check back around the 30th for a very special end-of-year podcast that'll be a lot of fun indeed.
Posted by Struwwelpeter at 11:26 No comments:

Here are some more Skwigly advent calendar contributions to help you get your holly and jolly on:


We've passed the halfway point but fret not, there's still plenty more goodness to come. In the meantime you may wish to peruse some other Skwigly offerings such as Lucinda Parry's recent interview with Peter Sohn (director) and Denise Ream (producer) of Pixar's new feature The Good Dinosaur:
Also Laura-Beth has some holiday gift suggestions for the animator in your life, as well as interviews with Pa director Lawrence Rowell, Snowfall director Conor Whelan and Cooped director Mike A. Smith, all fantastic films from this year (and the latter we had the pleasure of screening at MAF last month). Meanwhile Steve Henderson has interviewed Fresh Cut Grass director Rob Cullen, Stephen Cavalier has added some more entries to his ongoing 100 Greatest Animated Shorts series, Johannes Wolters brings us a chat with Pete Doctor (director) and Jonas Rivera (producer) of Pixar's other 2015 film Inside Out (now out to buy) and new contributor Heather Wiggins gives an overview of MAF's inaugural edition as well as the feature film highlights of 2015. Meanwhile I recently caught up with Canadian director Howie Shia of PPF House about his latest NFB film BAM (a fabulous piece of work indeed) along with a Q&A with Tom Gran of Spin Kick Bros about their new webseries Lone Wolves.

I was also kindly invited by Marco de Blois to contribute again to Revue24's end-of-year animated short film critics' lists, my personal top ten being:
Interesting to note that there isn't quite as notable a disparity between my picks and the other critics as last year. Have a read of the full article and see what you think. I'm looking forward to checking out the films others have picked that I've not yet come across so far.
Posted by Struwwelpeter at 07:55 No comments: 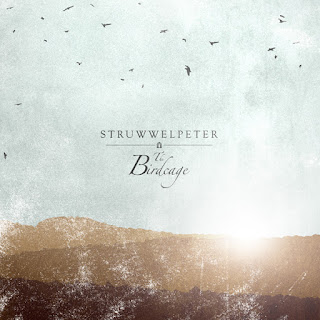 Earlier this year I released my latest album The Birdcage digitally, bucking a long-established tradition (2009 - 2010 - 2012 - 2013) of releasing my projects right before the holidays so as to probably be too late to arrive on time, marketing genius though I am.
Now that the seemingly unconquerable mountain that is Project Group-Hug has been conquered (for now) I've had a snatch of time to finally release it on CD for you traditionalists out there. CDs were these shiny round discy-wotsits from the long, long ago. Ask your parents.
So for those of you who fancy your indie music with an extra retro vibe, pick up the fifth Struwwelpeter album The Birdcage at Amazon today! It comes with fancy-shmancy new artwork, lyrics booklet and a bonus hidden track to boot. Well, it isn't that hidden now.
The extra song is in fact one of the first songs I ever wrote, way back in 1997. My balls were in mid-drop at the time and so it's only ever existed as a warbly, adolescent whine recorded on cassette (don't even bother asking your parents, I'm not sure I even remember what those were all about) until I re-recorded it during The Birdcage sessions as an experiment to see if it held up. And did it? Well...sorta kinda not really but sorta kinda. It certainly wasn't album-worthy but it's a fairly innocuous, mellow tune with some nice moments so what the hey, I've snuck it in there. Of course the album is still available to buy as a digital download via Bandcamp, and you can preview the whole ordeal below:
The perfect gift for the hipster in your life who insist they only listen to the most obscure and indie music; this'll learn that smug bugger good!
Posted by Struwwelpeter at 11:28 No comments:

It's that time of year again, and to whip up some merriment we at Skwigly are gathering together some of our favourite animators to contribute to our main page advent calendar throughout December. Check back each day on the site for a new artist's illustration/animated GIF to feast your eyes on. In the meantime here's a smattering to get you in the seasonal mood:


More a'comin'!
Posted by Struwwelpeter at 07:11 No comments: 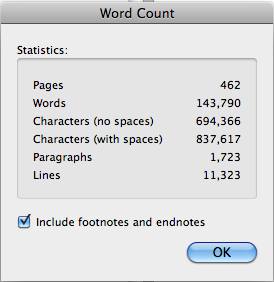 So it would seem that the oft-mentioned though rarely-elaborated-upon Project Group-Hug is finished. As the above would indicate - and as I'm sure I've confirmed previously - it is indeed a book. A bloody great big book with lots of words that will hopefully be readable and entertaining. Helping out on that front in a major way is the fact that it was built around over fifty interviews conducted over the last year and a half (hence 'project group-hug' - rest assured that won't be the actual title), not to mention a boatload of very pretty pictures. I won't elaborate on the exact specifics just yet but in brief the project is a bringing together of insights into the working processes of some of the best artists of the contemporary independent animation scene. It's been a massive undertaking and everyone involved has been beyond brilliant with their time, assistance and wisdom.
All being well the publication date will be around June/July 2016, so obviously I'll keep you posted in the interim. I'm quite looking forward to talking about a book that isn't some variation of Throat for a change (though don't forget, book 3 is out now! Makes a perfect xmas gift! Eh?).
So that should explain all the cryptic allusions to being busy - turns out it's actually true. Some lessons I've learned from writing a book:
1. 90% of the times I say 'which', I should be saying 'that'. But that's also the case with literally everyone I interviewed, so maybe Word can keep its passive-aggressive little green wiggly lines to itself.
2. Once you clear 100,000 words in Word for Mac, the word count bar freaks out and disappears so you have to load it up from the menu to check your progress.
3. The way Jack Torrence behaves in this scene - once thought to be absolutely objectionable - is completely reasonable:

Hopefully I wasn't that bad. Much love to ma shawty, friends and family for tolerating me being the "constantly banging on about writing a book" guy this last little while. I'm hard work at the best of times so that extra layer probably wasn't much fun.
Posted by Struwwelpeter at 09:16 No comments: