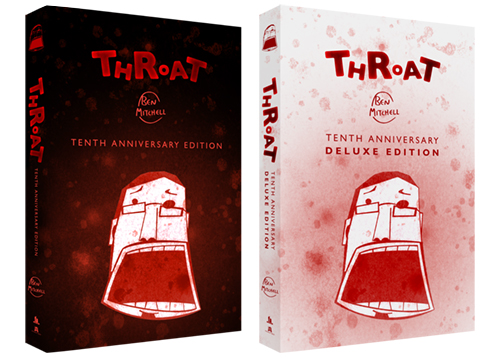 I've been beavering away at a few projects that will start seeing the light of day soon. The first of which is actually released today - a special tenth anniversary edition of my 2012 graphic novel Throat.

This is the first time the entire, non-serialised version of the story has been in print for a fair few years, and it includes all the bonus content from the three-part editions as well as a brand new afterword that was a fun excuse to revisit and reflect on the project. As with pretty much every version of Throat that's come out, there's a standard black and white edition (dark cover) and a full-colour 'deluxe' edition (light cover), depending on how many shekels you're willing to part with in these tough times. If you're not struggling with the ol' finances and are after something a bit more fancy then you might want to hold tight for a limited edition hardcover that will be coming soon. Not 100% clear on the release date of that one just yet but will pop it up when I know. 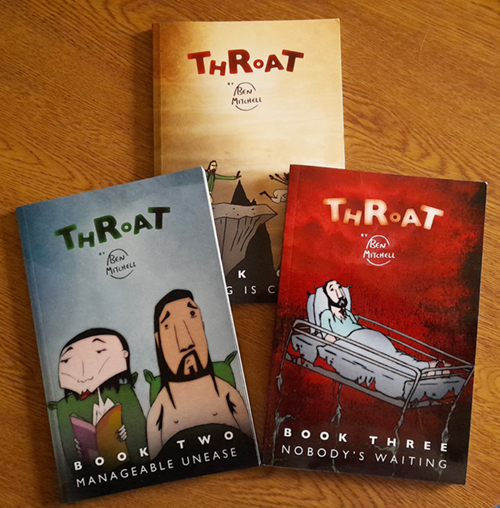 In the meantime if your interest is piqued and you want a budget option, you can buy the older three-part set from me directly and cheaper than what they go for at most other outlets. I'll be selling the standard B/W set for £5 and the full-colour for £10 (plus shipping), heck if you want 'em signed I can do that although that'll probably just lower their resale value. If anyone's interested pop me a message on Facebook or Insta and we'll work it out.

Posted by Struwwelpeter at 00:56 No comments: 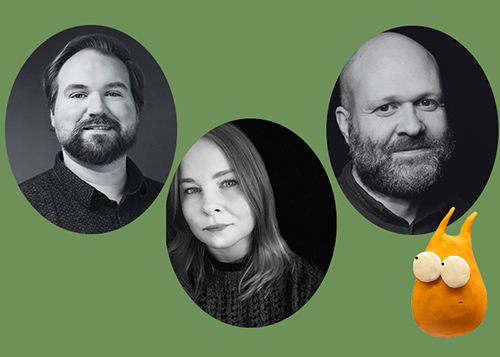 Some news on the international events front this time around. Earlier in the month I was honoured to be part of this year's preselection team for the Fredrikstad Animation Festival that focuses on new work from the Nordic region, alongside festival director Anders Narverud Moen and Merete Korsberg of Krystallplaneten. Given the curational remit of the festival it proved a uniquely interesting look at the current animation scene from that particular corner of the globe and I'm really excited to share the programme we've been able to put together later on in the summer. All being well I'll be over there again for the event itself, which runs from October 20th-23rd, so give us a shout if you happen to be around. 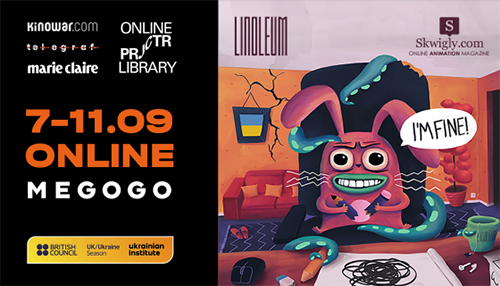 In the meantime, Skwigly have paired up with the Linoleum Contemporary Animation and Media Art Festival for I'M FINE!, a joint cultural project supported by the British Council within the framework of the UK/Ukraine Season of Culture. With a focus on mental health, specifically the pernicious issue of burnout, the event will take the form of film screenings curated by Linoleum director Anastasiia Verlinska and Skwigly's Aaron Wood who drafted me in to create some exclusive content with the participating filmmakers that will accompany the programme. We'll also be putting out interview panels as podcasts in the near future, so keep your eyes and ears on the ol' Skwigly podcast feed. As well as I'M FINE! and the accompanying programme Sensitive Content being included as part of Linoleum's online edition via the platform MEGOGO from September 7th-11th, there'll also be some physical screenings starting August 27th at the Chichester International Film Festival.

Obviously with Linoleum being a Ukrainian event the issues presented are especially timely, and while the festival as a whole has been able to continue in spite of unfathomably challenging circumstances they still could do with some help, so if you have any funds to spare you can learn how you can give them a hand here.

Posted by Struwwelpeter at 02:59 No comments: