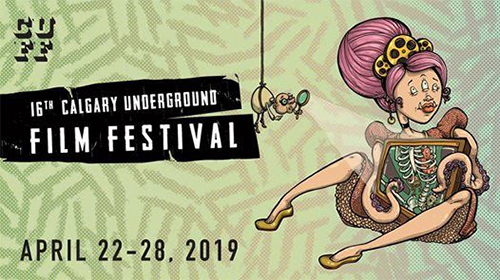 The Canadian Sunscapades invasion (well, light intrusion) continues with another couple of screenings scheduled to take place in the blessed land of poutine and syrup later this month. Following on from the film's recent outings in Toronto, Vancouver and Montreal it will be headed to the Calgary Underground Film Festival. In this instance it won't be part of a dedicated animation or shorts programme but will be the opening film before the independent feature Assassinaut, which looks like great fun. Calgarians can catch the films at 9:30pm April 25th and 4:15pm April 27th at the Globe Cinema - more info here.

Also the aforementioned Courts Mais Trash/BIFFF screening scheduled for 10pm on the 20th I now know will take place at the BOZAR Centre for Fine Arts (fancy!) in Brussels. The event is listed as Courts Mais Trash rather than Carte Blanche as originally thought, at any rate you can find out more info on it and grab up your tickets here.
Posted by Struwwelpeter at 05:50 No comments:

Sunscapades is still nosing its way into the odd festival here and there, with its next screening taking place in Montreal, probably my favourite city. It will be part of Festival Courts d'un Soir which runs from April 3rd-6th, in the programme Les Très Courts on the 5th, 5pm at Cinéma Beaubien. 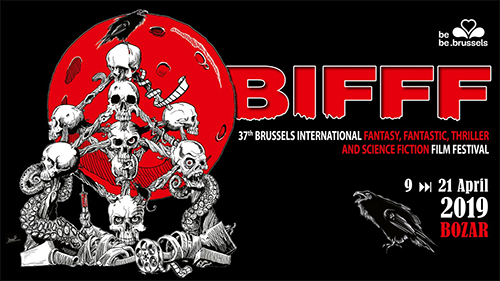 Later in the month, as an extension of its involvement in the Brussels Independent Short Film Festival: Courts Mais Trash back in January the film will also be screened during the Brussels International Fantasy, Fantastic, Thriller and Science Fiction Film Festival (BIFFF). Festivalgoers can catch it in the special programme Carte Blanche on April 20th at 10pm (not sure of the venue so I'd suggest checking the festival website closer to the time).

Not a whole heap else to report for now although it's worth flagging that Secrets of British Animation, the documentary I peripherally contributed to which originally aired in December, was repeated the other day and so will be on the BBC iPlayer for another few weeks if you missed it the first time around.
Posted by Struwwelpeter at 04:05 No comments:

Just one festival lined up for Sunscapades this month. Them lovely Grecians at the Athens Animfest have included it in their 2019 official selection, along with 350 other films. Guess they ain't too picky but hey, glad to be on board. I go back quite a ways with this festival; they were one of the few events to feature my second film Ground Running a decade ago and also showed The Naughty List in 2011.
So I'm grateful for another inclusion and festivalgoers can catch the film in Shorts 6 on Saturday March 16th 8pm at the Oikia Theotokopoulou - for free, no less! 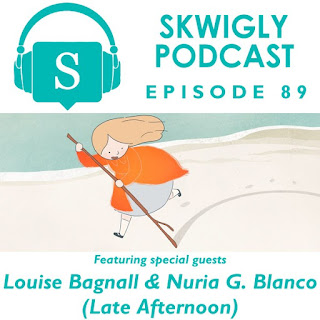 In our most recent Skwigly Animation Podcast we meet Louise Bagnall and Nuria González Blanco, director and producer respectively of the Oscar-nominated Cartoon Saloon short film Late Afternoon. Also discussed in this episode – the legacy of Cartoon Saloon as a whole, the end of the NFTS’s BAFTA streak and the one-two punch of new Disney trailers for the Aladdin remake and Frozen 2. Download for keepsies or stream it thiswise:
Posted by Struwwelpeter at 04:40 No comments: