Some sad and inevitable (but 100% understandable given the circumstances) news to kick off with - due to the COVID-19 crisis the Cardiff Animation Festival scheduled for April has been postponed for the foreseeable future. It's a pointedly unfair situation that puts a lot of hard working folks in a tight spot and it's a rotten feeling to not be able to do anything about it, but knock wood it will resume as normal next year.
It always bears repeating that the work Lauren and the CAF/CAN team have done over the years as far as keeping the Welsh (and beyond) animation community alive is absolutely staggering and this was set to be another belter of an event. I'm sure what the future holds will be bigger, brighter and better than ever. In the meantime much love to all the brilliant people working in events organisation who've been unfairly caught in the middle of this storm.
Along with a major festival scheduled for May at which I had hoped to participate on the International Competition Jury, as well as a couple of unexpected final screenings for Sunscapades, said storm includes a number of other upcoming events having to outright cancel that would have featured Speed, and to be honest any planned outings for the film over the Spring or Summer are looking increasingly unlikely.
This of course is a microscopic concern compared to the miasma of anxieties that we're currently facing and knock wood things will be on the up again before too long. 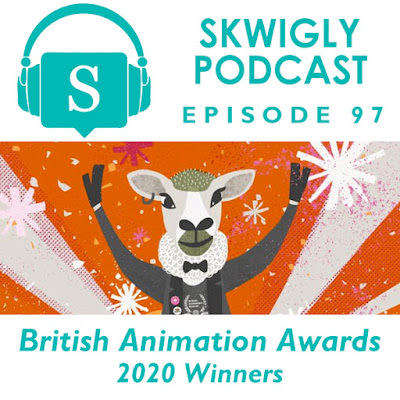 In the latest episode of the Skwigly Animation Podcast we have a go at taking things to a cheerier place under the circumstances by looking back at last week's British Animation Awards, which probably marks the last indoor industry gathering we'll be seeing in the UK for a little while. Having recently been taken over by Helen Brunsdon and Kieran Argo since Jayne Pilling retired, the 2020 event proved to be a success and Steve was able to grab some inebriated green room interviews with a handful of the winners:
You can stream the podcast below or direct download (you can also check out the full list of winners here):
Not much else to say really, I expect things will be a bit quiet here for a little while. Stay safe, folks.

Posted by Struwwelpeter at 04:29 No comments: 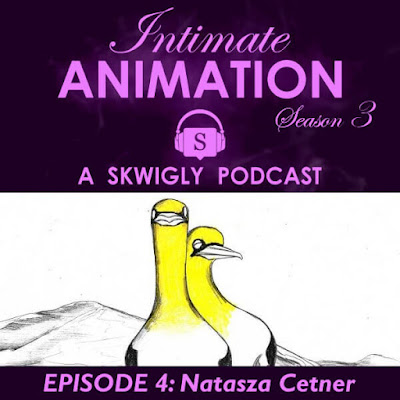 Posted by Struwwelpeter at 07:31 No comments:

What will or won't be 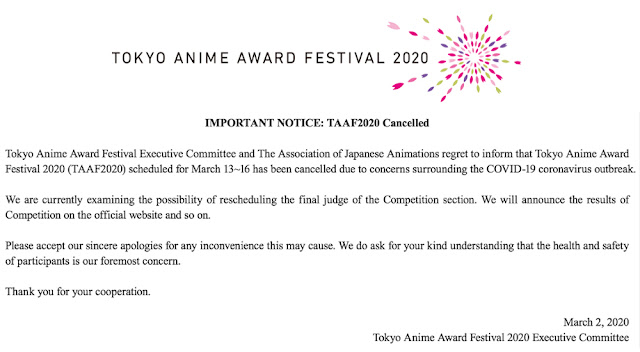 A little backtrack on the last post that went up here, it turns out that Speed won't be seeing its Japanese premiere this month at the Tokyo Anime Award Festival as the event has unfortunately been cancelled due to the growing COVID-19 coronavirus concerns. It's disappointing but I completely understand their position in a difficult time and it's an honour to have been officially selected for such a highly-regarded festival in intent at least. They haven't ruled out the possibility of a future screening outside of the proposed dates so I'll keep you folks posted if that comes along. Cheerier news is that the Cardiff Animation Festival, scheduled for the first week of April at the fantastic Chapter arts venue, is so far still going ahead and has this week unveiled its full programme of events. As well as Speed being part of their Shorts 3 screening (2:45pm April 2nd and 12:45pm April 5th) and Laura-Beth's new film The Gift in Shorts 2 (1pm April 2nd and 1:45pm April 3rd), there's a ton of brilliant events to check out. A few highlights off the top of my head are an Aardman exhibition, special editions of Cardiff Animation Nights and Animation Grill, talks by animation talents Lorraine Lordan, Simon Chong, Avgousta Zoureldi and Kyle Legall as well as panels on storytelling, producing animation and industry inclusion (on the back of a very insightful recent Skwigly piece by Tanya Scott, who'll be participating).
As with the first edition of CAF I'll also be hosting the Animator's Brunch sessions along with Laura-Beth on the Saturday and Sunday morning at 10am, so swing by to hear about the amazing shorts being shown from the filmmakers themselves.
Passes are sold out but individual tickets are still available so act fast!
Posted by Struwwelpeter at 07:12 No comments: